The year 2020 has brought a loud and all-encompassing digital boom across industries. While the masses tucked themselves into their living rooms for safety, major companies and start-ups were forced to adapt to the new world. And many who could not manage it are now struggling for survival. Introduced to the world in February, Etch Marketing came into the picture just in time to lend a helping hand. Co-founder of the initiative, Tanmayi Ramaswamy’s first job out of college was as a banker. After helping a number of start-ups set themselves up by walking them through the financial side of things, she decided that she wanted to help them from the get-go. So, she set up Etch with Suhail PK and Mohammed Ghazali in Kozhikode.

The idea behind Etch was to help start-ups set themselves up in an increasingly changing working environment. Tanmayi says, “We help them set up from the very foundation. We’re not an external organ that occasionally offers advice, we work like an extended arm of the company itself. This is in terms of helping them register as a company under the Start-up Scheme of India, communicate with financial and legal institutions and everything else from designing their business cards to letter heads!” 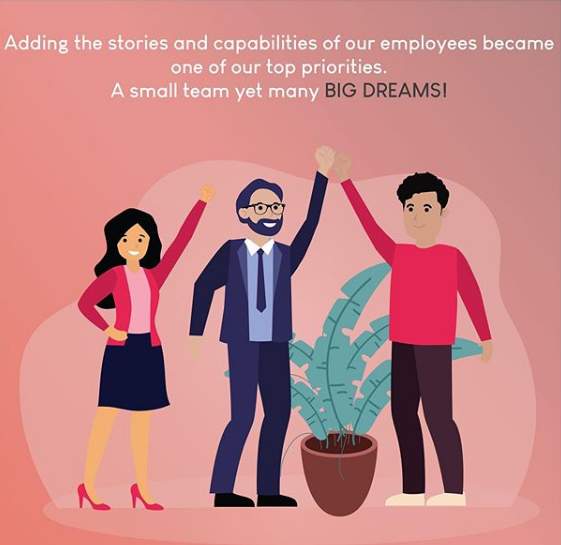 The first clients to knock on their doors were education start-ups, apps and learning management systems that had found themselves at the centre of the virtual learning world. Since the time they were set up, Etch has worked on around 20 successful projects. And as for the team itself, it’s a mini COVID rescue mission in itself. The core team, made up of 12 individuals, were all young people fresh out of college or those who lost their jobs due to the pandemic. Etch trains them, guides them and even pays for their courses before a trainee decides to stick permanently with the team.

When companies began to take the digital turn, many established and conventional businesses realised the need for a digital presence. A lot of companies based in Kozhikode, Malappuram and Kochi reached out to them for help. The 23-year-old says, “If you look at the Facebook or Instagram pages of these older companies, they are like ghost pages! Most of them are set up because they have learnt that social media is an important tool in this time but they have no idea how to manage it. Following COVID, their budget for digital marketing went from nil to 50 per cent of their budget. So our work also extends towards managing their online presence and creating radio jingles and newspaper ads to grab people’s attention about the services they offer.”

Although most of their clients were new start-ups from Mumbai or Bengaluru, the team has noticed a growing interest in their services from traditional businesses looking to catch up with the changing tides. In fact, Etch outlines the basic steps that need to be taken in the uncertain market today for establishments that deserve to survive.