These Kerala students created a platform to talk about violence, sex ed. Check it out!

MH Hasna has lost faith in social media. Last December, when the BTech student from Rajagiri School of Engineering and Technology was caught up in a whirlwind of projects and exams, she was unable to peel her eyes away from her mobile phone. News of rape and sex crimes were all over her feed. "The frequency of the news and the helplessness that we felt as onlookers was weighing down on me. It's like we have to stand and watch until we become the next victim," she says.

Nandita NS, BA Psychology student from UC College and Adril Mary D'Cruz, a student of BA Mathematics agreed so vehemently with her that they jointly set up No More a Victim, a group that aims to be a platform where students can speak up and react to such crimes. Hasna says, "We wanted to do something ourselves. We tried to reach big banners like Under 25, but no one was ready to back us, so I just reached out to young people on my school and college WhatsApp groups and email lists. So when we started, it was a very personal thing because we all knew each other and why we needed to do this."

Initially, the idea was to start a unified movement across the state to bring attention to violence against women. The team intended to move legally, request PILs and sign petitions to get the word out. As a part of this effort, they went to a number of colleges across all the districts. Here, they met the chairpersons of the leading colleges in Kerala. Hasna says, "When we went out and met students in person, we realised that a better move would be to do what the Indian education system has not managed to do for years: raise awareness and educate the people. We met students and helped conduct sex education classes and self-defence training." 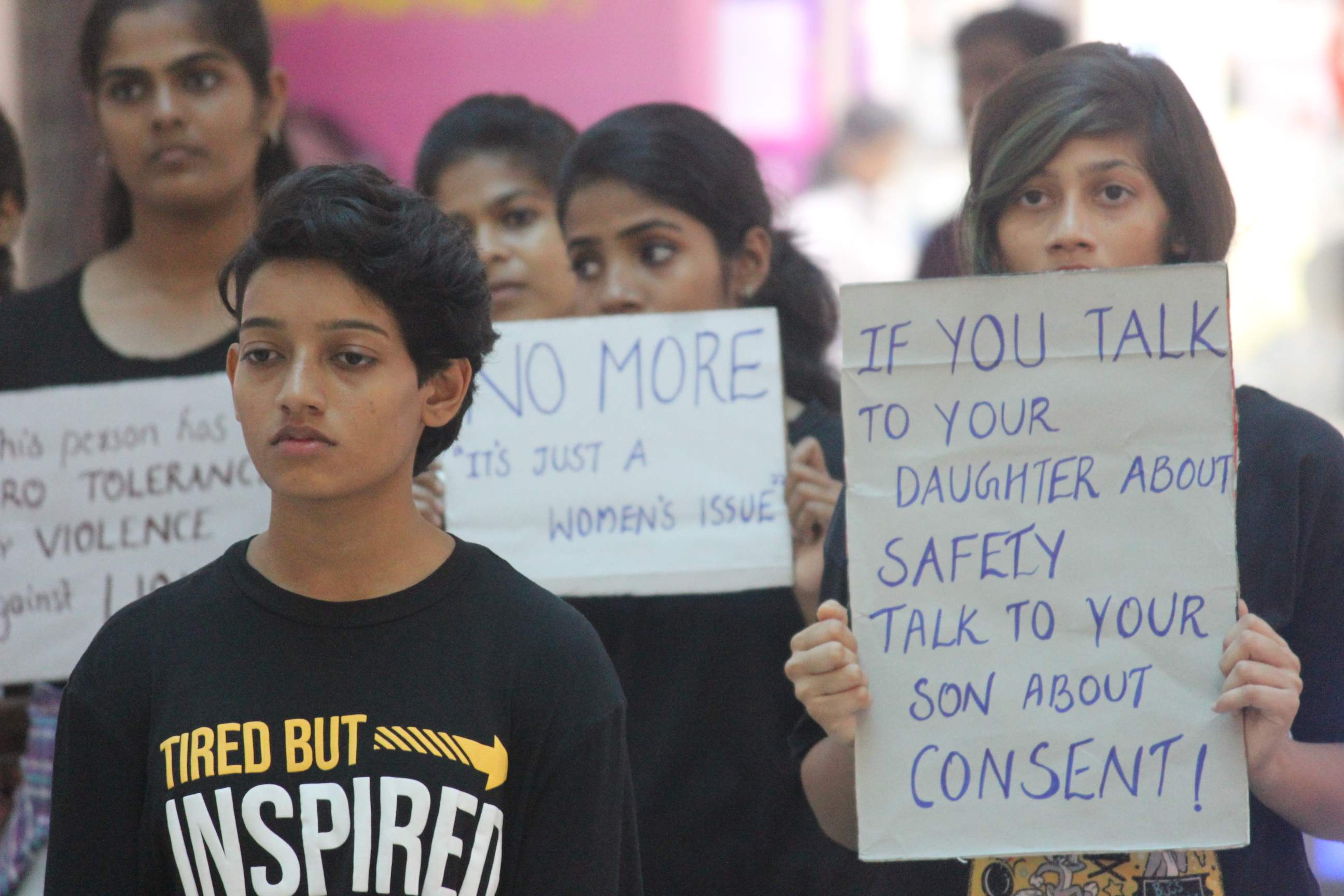 ABOUT CONSENT: Students at a flash mob organised in Kochi

What they learnt was very liberating. She says, "The biggest problem is people's mindsets. It is obviously more of a social issue than it is a legal one. We need to teach children what sex is and why it makes us act a certain way. We need to teach the opposite gender about consent and why it must be the most important thing they know when it comes to any of this. We are reaching out to police officers in the state to help in this process of spreading awareness."

On January 22, a group of 25 students associated with the group gathered at Oberon Mall in Kochi to perform a flash mob. They interacted with the crowd present to speak about the need to tackle such issues. In line with this, they are planning another such congregation at the South Railway Station on February 1 and 2. Hasna says, "The problem is that we only speak about issues when it is fashionable to speak about it. What happens if these publicity stunts don't stay publicity stunts and we just keep trying to bring attention to what we are doing? How long can they look away before they at least start answering our questions?"

These students have the ideas and the means. They have built, out of sheer will, a place where they could try and gather attention and raise awareness. Hasna continues, "I learnt the hard way that social media support does not translate to real action. Even with my own friends circle, I realised this. No matter how truthful you are about such causes, it only reaches your immediate circle which is made up of people who already agree with you. So we need to get out into society so everyone can listen."

We certainly agree. Time to listen up?