When Instagram introduced their live streaming option, psychology student Shibili Suhanah and her friends who she met at a poetry competition, Haris Aboobacker, Naifa Faiz, Tanya Rafeeque, had a few major ideas. Why not incorporate the model and interview people through the feature? "We wanted to mix our love for intriguing people and the convenience of an internet platform," says Shibili. "We've been at this for a while and  meeting people in person is a difficult process, it's so much easier for people to commit to half-hour interview through their phones." After releasing 8 well-received interviews, the team wanted to do more. So, they decided to go public. Thus, the ideas behind Stories Revolutionary were born.

Last September, they conducted their first event at an open venue, a cafe in Kannur, with 6 speakers and a few performance and stories. Although the programme came fresh out of their Instagram base, a lot of like-minded people turned up to the event which was called Stories Unfold. Shibili says, "We realised that the concept of storytelling had a strong hold in our society." Surprised by the audience response, they decided to make it a frequent programme. The second edition of Stories Unfold was held in November at Calicut. By then, the team was growing. Representatives of the organisation in different districts banded together under the name Ulsaha Committee. Soon after the event and it's success, the team introduced Postbox Stories, a new concept where people were invited to write their stories to the group through direct messages, mail or voice note and they would get it featured on their Instagram page. Shibili says, "This was around the time when we really started growing. We learnt a lot about the concept of telling stories and places where we could easily incorporate it."

Once Upon a Time

Stories Unfold was introduced in Kasargod in January. Around the same time, the team decided to bring out Once Upon a Time, a set of camping events where participants can freely express themselves and emote. "It's almost like therapy," says Shibili. "This is a camp where people can tell their stories. The means is to unwind ourself from a stressful life. If you just want to have a good time, you can just plan out games and activities." The camp is filled with hectic days. blindfolded conversations, games and meditation sessions. 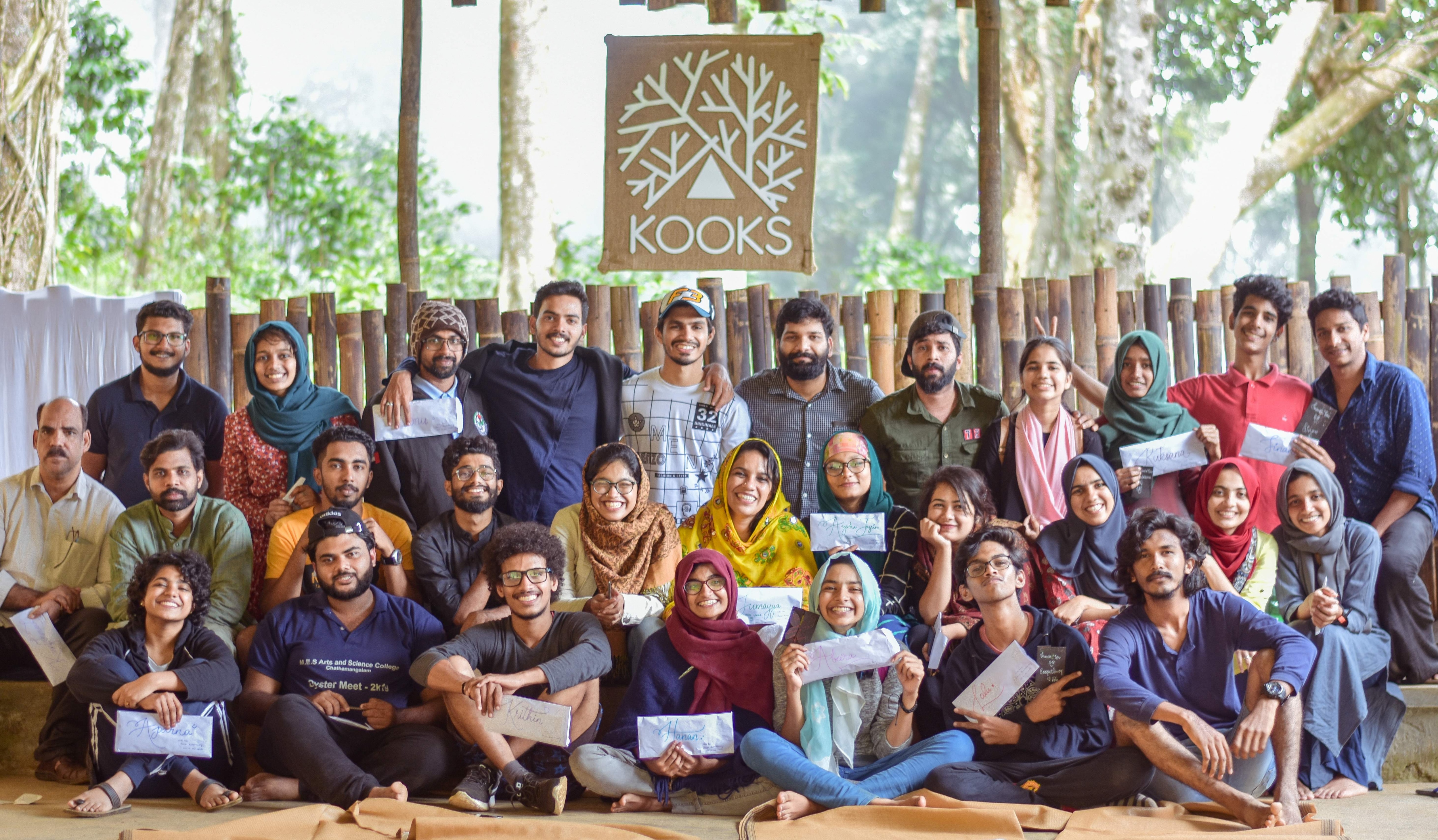 TEAM UP: The team that works on the ground is called 'Ulsaha Committee'

Then, they came up with social stories. An initiative to give back to underprivileged communities. This sections is taken care of exclusively by members of the Ulsaha Committee, purely for the betterment of certain societies. And this smaller group is called Team Bathakka, or watermelon. The initiatives include programmes such as a recent one where they went to Minar, a place in Kannur where they conducted therapy for students who are mentally disabled. For World Mental Health day, they established a support group for people who have gone through mental difficulties. And whoever wants to join them, can do so freely.

Juscuju is an Urdu word that means quest. With this latest initiative,  the idea was to establish a support group. And this is not just virtually, they built a solid community that could come together and open up to one another. Members spread love by writing poems for each other. And it all ends with a meditation session to calm everyone down.

Most recently, the team has been conducting a series of open mics across a lot of districts under their sub committees. Each leading committee had one session across 6 places: Mangalore, Kannur, Kozhikode, Thrissur, Malappuram and Kochi. Now, Stories Revolutionary is working with colleges who want to conduct more such programmes with their students in in schools and colleges. stories unfold are done by themselves. completely registered events.

Their most recent session was in Kochi on November 6 at the Kerala Startup Mission in Kalamassery. During this, they launched their very own merchandise, most important of which was Tutu, a personalised plant that participants can take home and take care of.