Artist Prashant Parvataneni talks about using the beauty of poetry to understand identity — and how his work isn't meant to be apolitical. He also takes us through his journey

For Prashant Parvataneni, work has been the marriage of several threads of his personal creative and critical interest in the world of art and aesthetics. Vetted as an integral part of a collective of independent artists and writers called Brown Study where each participant has their own separate practice as writers, filmmakers or researchers, Prashant is working with the Kabir Project — an initiative which is working towards archiving Sufi and Bhakti songs. He also teaches long and short term courses on art, literature and cinema at St Paul's College and Christ University, in addition to curating monthly film-screenings at Urban Solace, a popular arts cafe in Bangalore. It might seem like he has a lot on his plate, but it's this very immersion into the disciplines he loves that won the 27-year-old this year's Srinivas Rayaprol Poetry Prize.

Through the Brown Study, what started as an experiment with blogging, grew into a group of artists who come together to discuss and debate and even collaborate. "Think of it as a space where artist exchange notes," Prashant explains. Prashant and Shruti are also often approached to conduct theatre workshops by Productive Weekends, a community of enthusiastic learners. And before we start thinking about the conventional theatre, the 27-year-old says, "It is not about teaching them how to act or about drama. Theatre makes one conscious of their body and surroundings, so we use theatre to help them understand themselves and the things around them." Children are asked to enact chores like cooking, cleaning and so on and asked to enhance them through acting.

He says, "I see writing, research, curation and teaching as interconnected. These various practices inform each other and ultimately help me deepen my understanding of arts and culture." Most of his writings evoke ideas of love, death and the beauty and the boredom of everyday life.  His recent writings and research have been an attempt to critique hyper-nationalism with its patriarchal and casteist underpinnings, through a language of romance and love.

Sounds political. "I don't think of these personal reflections and musings as apolitical," explains Prashant. "I believe that art plays a crucial role in shaping and reshaping the perception of culture and politics in society. I believe that an artist must think ethically and engage with the challenges of culture, and respond with a commitment to beauty, nuance and critical-reflection" 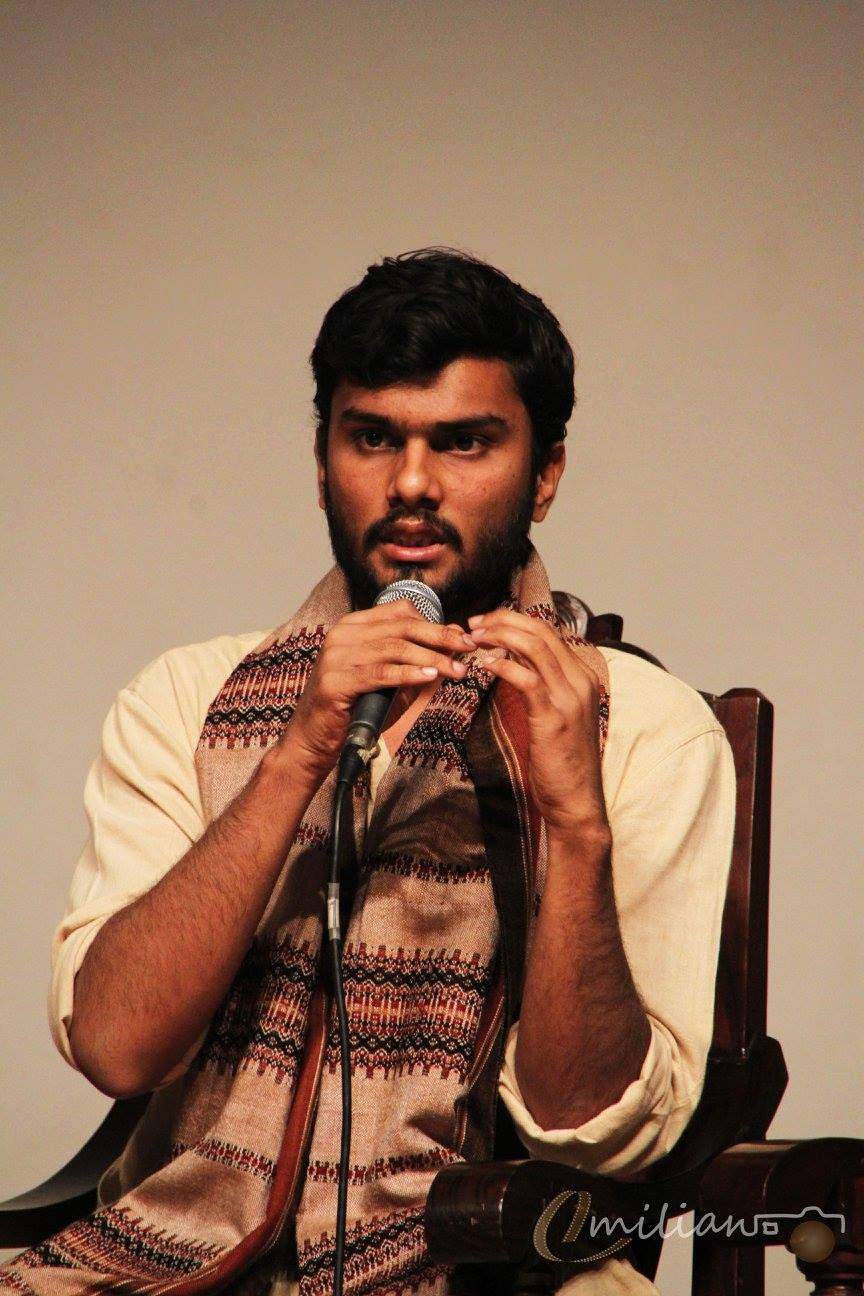 If you bring up the question of identity, Prashant has a lot to say. He admits that, by birth, he is a Hindu upper-caste man, but his response to the socio-biological gamble is not to assert it, but to question the privileges that come with it. He used writing as an opportunity and process to think critically about himself and question the many assumptions he himself carries about his identity, morality and place in the world. He says, "I feel that when I am writing, there are moments when I have to give up masculine tendencies or at least be critically aware of them because otherwise the lines don't sound beautiful or true. So writing for me is a process of self-interrogation which puts my identity into question."

The Rayaprol Prize came to him quite accidentally. After seeing a post on Facebook about a call for the prize, he sent his poems along. He had almost forgotten about it until he received a mail from the Trust informing him that he had won. Prashant says, "This prize is special because it is instituted in the memory of a poet called Srinivas Rayaprol, by the University of Hyderabad and Srinivas Rayaprol Trust, and many wonderful Indian-English poets have been associated with it over the years as judges. I am thrilled that this year, the prize was judged by Gieve Patel, a poet I have always loved reading. To be in the company of poets who are sensitive to the creative process is always beautiful."

Prashant's long-term goal is to make one film, to write one book on his own and to have a space of his own. "A wonderful house somewhere in a quiet neighborhood, near the beach or the hills perhaps, filled with good food, good art and good music," he says with a smile.

How does one broaden their horizons when it comes to art?
Art is meant to challenge you to go beyond your immediate reality and understanding. Whatever you know is not enough. Creative professionals nowadays are too much in love with their reality and their identity. They read books that validate their identity and watch movies that agree with what they believe in. Instead, see books, films and experiences which broaden your horizons or something you don't know about. I am reading feminist and Ambedkarite literature and I must say, I am learning so much. We have been conditioned to read a certain kind of text and watch a certain kind of films, break out of the pattern