On World Autism Day, kids of CATCH, Bhubaneshwar, have performances in store for you

The stage is set at the Idcol Auditorium, Bhubaneswar, for the children of Centre for Autism Therapy, Counselling and Help (CATCH) yet again, as they gear up for their Annual Day (of sorts) on World Autism Day today, April 2. An organisation started in 2003 for a few autistic children by their parents, CATCH has been observing this day since 2008 and this year, the event clocks in a decade.

In the midst of Dr Minati Behera - the State Commissioner for Persons with Disabilities, President of CATCH, Secretary Reeta Jena, parents and friends, the students of CATCH will perform yoga and various cultural programmes, informs Secretary Jena. Following this, the annual report of the school will be presented by the President of CATCH. A plethora of performances will follow such as an Odissi dance performance, a ramp show and an exclusive performance by the siblings of these autistic children. "It's all about focusing on an integrated society," says Jena, talking about the performance by their siblings. 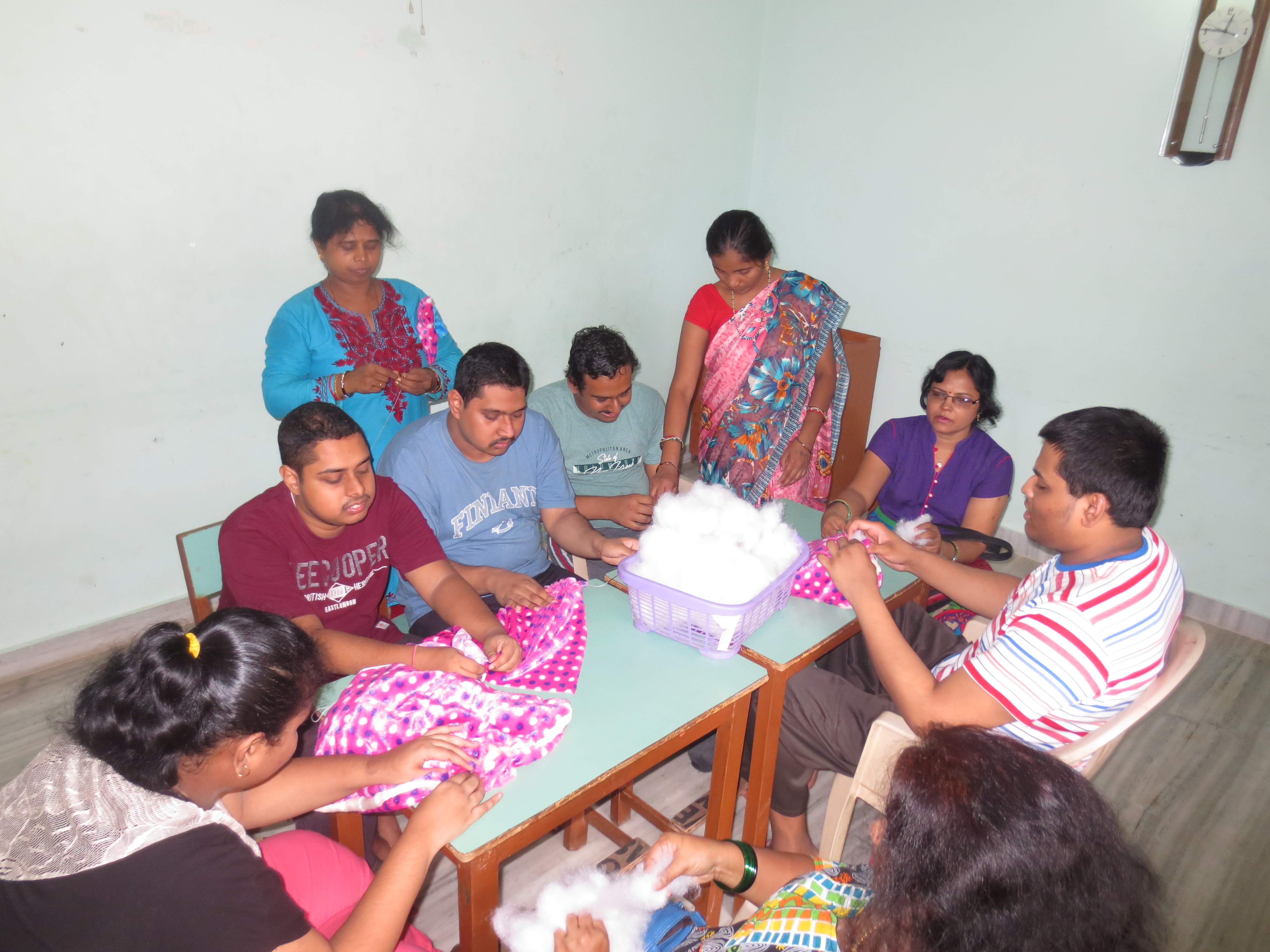 Group Call: Children at CATCH up to something creative

So, let's find out more about the school. They say that necessity is the mother of invention and it was because of the need for a good school for Raja, Jena's now 23-year-old autistic son, that Jena along with a few other parents started CATCH in 2003. After all, a one-size-fits-all approach doesn't work when it comes to autistic kids, she explains, as each child battles a unique behavioural issue. While some are hyper, others detest loud noises. So, CATCH deals with the problems of each child differently through their counselling sessions, which are aimed at improving the skill set of the children. The techniques used are the Lovaas approach and TEACCH — both proven to be very effective when it comes to teaching autistic kids, as they can be customised to suit the needs of the children.

CATCH is a member of the All India Autism Network and is also closely associated with Action for Autism, New Delhi. Their vocational unit was set up with the help of the Women and Child Development Department, Government of Odisha

But since last year, CATCH has been going beyond just teaching. They have established vocational units where children can learn to make envelopes, artificial jewellery and the seasonal rakhi, greeting cards and diyas as well, all of which she gushes over as she invites us to take a look. "We all think of autistic kids as useless, but if nurtured properly, there are things these kids are capable of achieving," says the 54-year-old. Forging ahead: Children of CATCH during one of their rallies

They are now looking for markets to sell these products, so that the children can become more independent, as most of their children are above 18 now. She is also thankful for the monetary support they have started receiving from the government for the 20-odd children that currently study at CATCH. Jena hopes that their annual event helps further their cause of nurturing autistic kids and bringing out the best in them.

To know more about that, check out catchindia.org.in