The MAMOC Media app brings the newsroom to the mass communication classroom. We find out how the art of news can be taught

When the final bell tolls at Mohammed Abdurahiman Memorial Orphanage College (MAMOC), a mini newsroom comes into life in their Mass Communication department. Dubbed MAMOC Media, this is the first Malayalam campus media android application. Located in Kozhikode's Mukkom municipality, the idea behind the app is to focus on practical education in journalism classrooms. So even as their batchmates pack up their bags and make their way home, these future journalists grab their notepads and get ready to sniff out some valuable news stories.

"The initial plan was to create something along the lines of a campus radio. It was through student and faculty suggestions that we decided to create an all-encompassing app," says Yukthiraj V, Assistant Professor in the department. "This is how the idea was born. Radio programmes exist everywhere, this would be the start of something different. Usually, media students only get some practical experience or exposure during their internships. Even subjects like photography are taught in theory. The truth is that a proper experience-based course does not exist anywhere in the state. So we wanted to take the students into the field before they found themselves caught off guard." 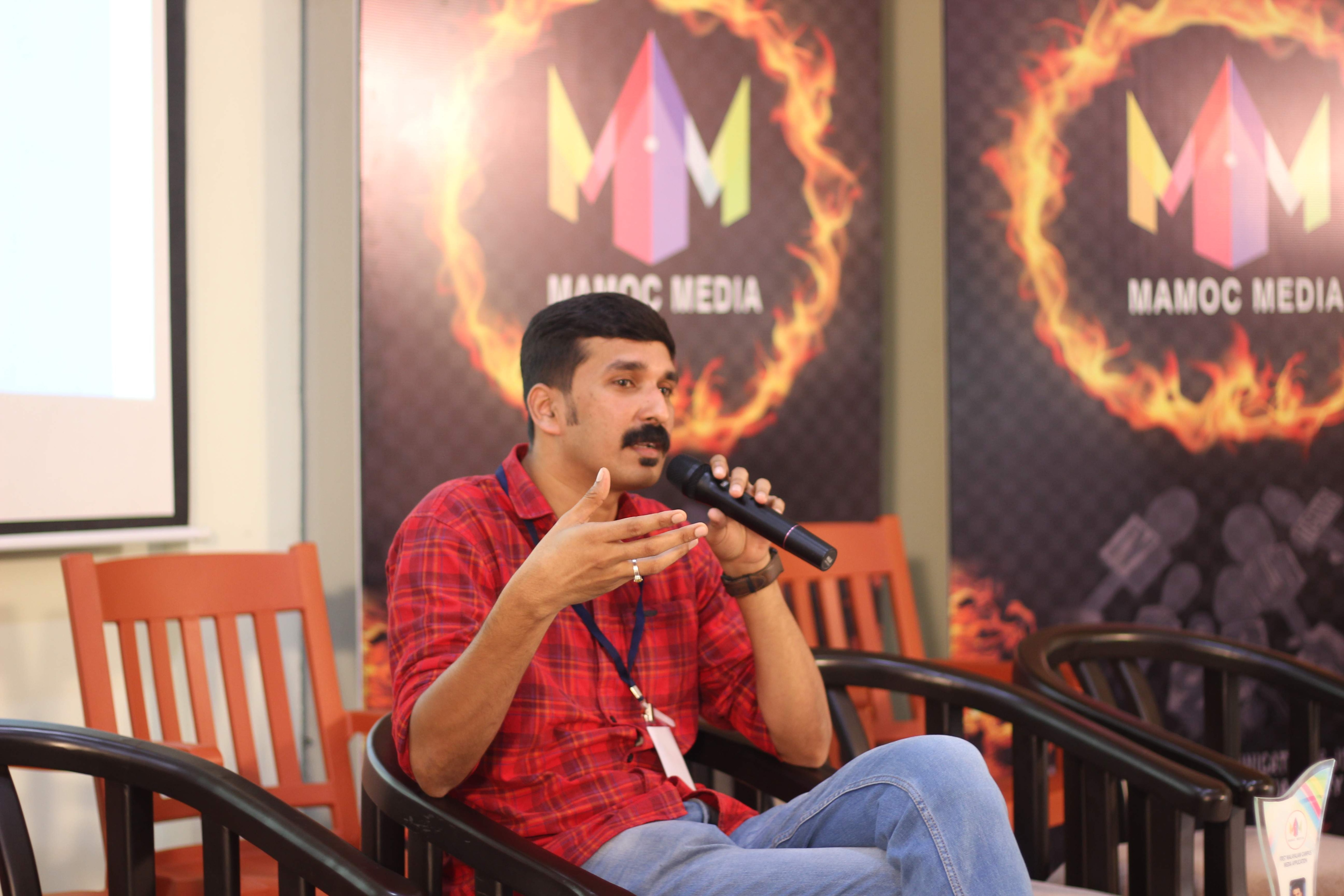 Media moment: The app was officially launched on November 15 by Media One News Editor, Nishad Rawther

"We are trying to polish every aspect of a news story by mentoring them continuously," says Yukthiraj. He adds, "As journalists ourselves, we know what it is like to rush from an event and write an article on the move. This is the same process that we are recreating through practice. Whether it is visually or through print, we are trying to impart the real journalistic experience to students at a time when they really need to understand it.

The programme focus on online news, radio programmes, visual news stories, an e-paper, a digital magazine and vox pops. After class wraps up at 2:30, students find themselves engaged in various activities such as reporting, writing and editing at least until 9 in the night. Within the app, they have various subsections: MAMOC news which covers events within the college, daily news, a radio programme titled The Voice and Infotainment. All the content is captured and edited by the students themselves and are made available on MAMOC Media's online and print platforms accordingly. 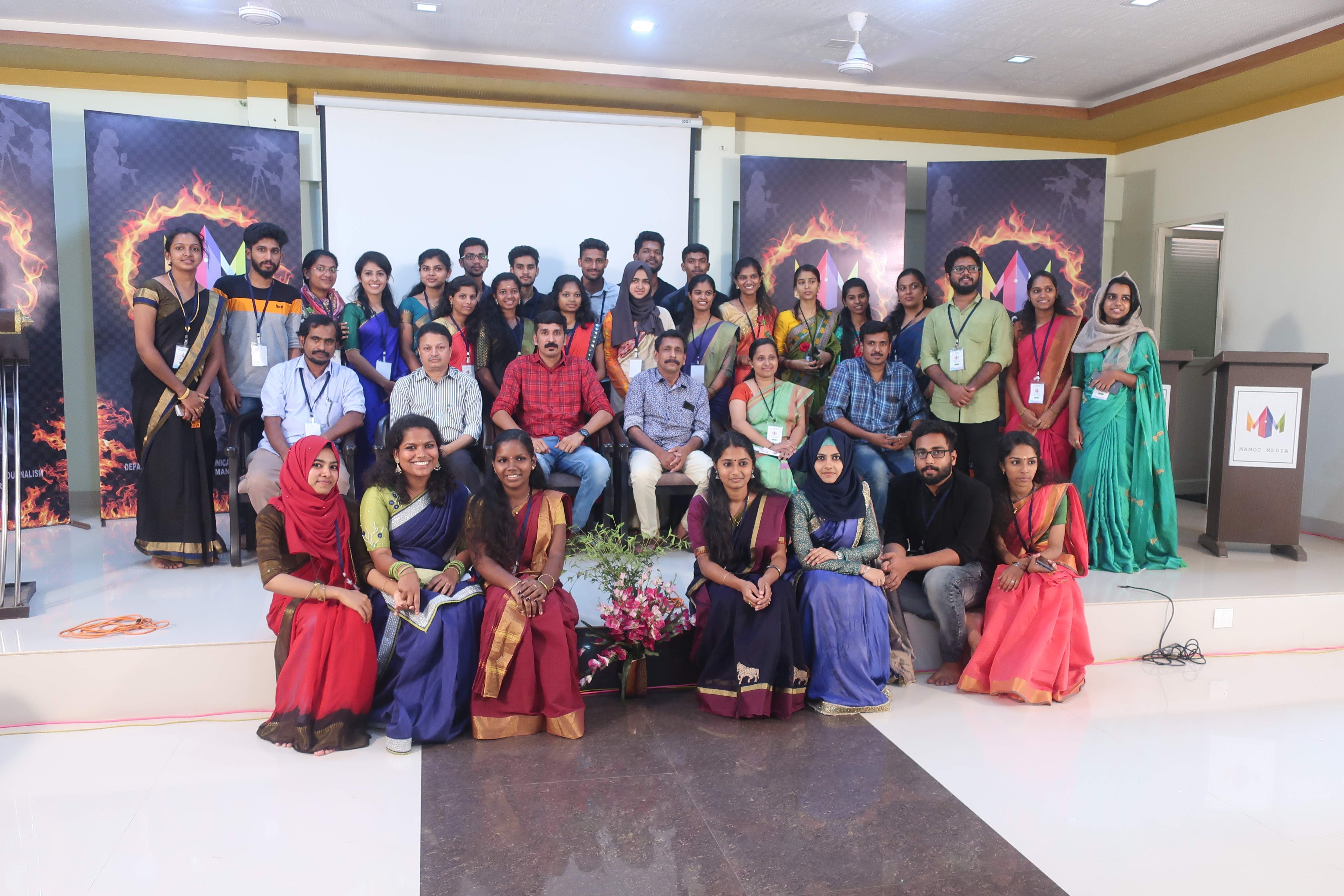 Radio gaga: The radio programme will focus on an all-rounded detailed review of events happening within the college and general news from around the world

"When we study, we always have a certain specialisation," points out Yukthiraj who is a cinematographer himself who was trained in handling the camera. "Here, each student goes through every single process. Students take shifts in groups of seven to handle the four different sections." Initially, the students found themselves under a lot of unexpected pressure in between their classwork. After a few weeks of squeezing in their editing and reporting work in between their regularly scheduled classes, they are slowly beginning to get into the groove of things.

Yukthiraj says, "There is hope in the fact that the students seem to understand the intentions behind what we are doing. They are willing to sacrifice a lot of their free time for their passion. They are implementing all that we teach them on a technical and theoretical level." These days, the students of MAMOC are extremely excited. "Think about it," urges Yukthiraj, "Usually when a student does some reporting work in our colleges, its impact is limited to their classrooms or department. But we've made their world global. And that's exactly the type of exposure a journalism student deserves."