More than 100 professors from the Department of Physics and  Astrophysics and Physics teachers working in the colleges under the University of Delhi, in a letter to the Dean of Examinations, Dr Vinay Gupta, expressed their concerns about the proposed Open Book Examinations (OBE) for final year students. They also shared their experiences to illustrate why they thought the OBE was a bad idea.

The teachers stated that they have received no institutional help whatsoever from the university when it came to online learning. "The University left it to individuals to find their own ways and means to cope with an unprecedented situation and difficult circumstances," said the letter. There were no clear-cut instructions from college or university on how we are going to interact with students. In fact, the only letter that the varsity wrote mentioned that this period (up to April 14) can be utilised for completing research projects undertaken by teachers," said Dr Anuradha Gupta, who teaches at the Shri Guru Tegh Bahadur Khalsa College. "Most students, almost 80 per cent, had gone home during Holi break leaving behind their books, notes, laptops. They could never imagine that they will not be able to come back. It's almost impossible to study without these. Almost 1.5 months of teaching was still left when colleges were closed. Before the university thinks of conducting exams the least that can be done now is to provide institutional help in collecting all the students and try to complete their study material and then test them. It might take a month. But instead of chasing dates, we should make sure that every student has the required study material. For that, no survey has been done," she added. 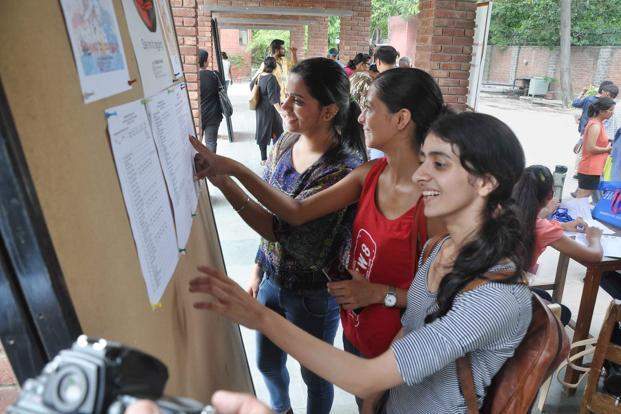 The teaching too has been uneven across colleges under the university, said the teachers. "When teaching-learning has been so uneven and where institutions have failed to provide for all students equally, any examination would be unfair and discriminatory," said Dr Abha Dev Habib, who teaches at Miranda House and is also the Treasurer of the Delhi University Teachers' Association (DUTA). "OBE is open to mass-cheating. We need a grading system which is more credible," she added. A survey conducted by the DUTA showed that out of 51,000 students, only 50 per cent have access notes or reading materials. Moreover, for subjects like Physics, where experiments are essential, there has been no lab work during the lockdown.

The teachers of various other departments and the DUTA have been relentlessly protesting against the proposed OBE along with the students. The major reason being that a majority of the students come from remote areas where there is low or no connectivity and it will be discriminatory toward them. The letter requested the Dean to scrap the OBE plans.