When students of EFLU gathered for the formation inside the campus, the police descended upon them and threatened disciplinary action

A human chain intended to champion the cause of free education and in solidarity with the JNU protests was being organised by students of English and Foreign Languages University (EFLU), Hyderabad. But it did not even begin as the moment students gathered inside the campus, the police barged in and threatened disciplinary action against them. This after prior permission was sought from the Osmania University Police Station, who gave the students "oral permission" to go ahead with a peaceful human chain formation outside the campus that doesn't disrupt traffic or hurt the sentiments of any community.

Student representative Torsha Sha informs that first, the student representatives visited the Commissionerate and Central Zone police stations yesterday to sought permission for a march. Here, students were informed by the DCP that they are currently not allowing any protests or marches in the Central Zone of Hyderabad. After this, they visited the Osmania University Police Station with the same request and met with the same answer. "Then we amended our request and asked for a peaceful human chain formation outside the premises for which, ACP gave us an 'oral permission'," informs Torsa. 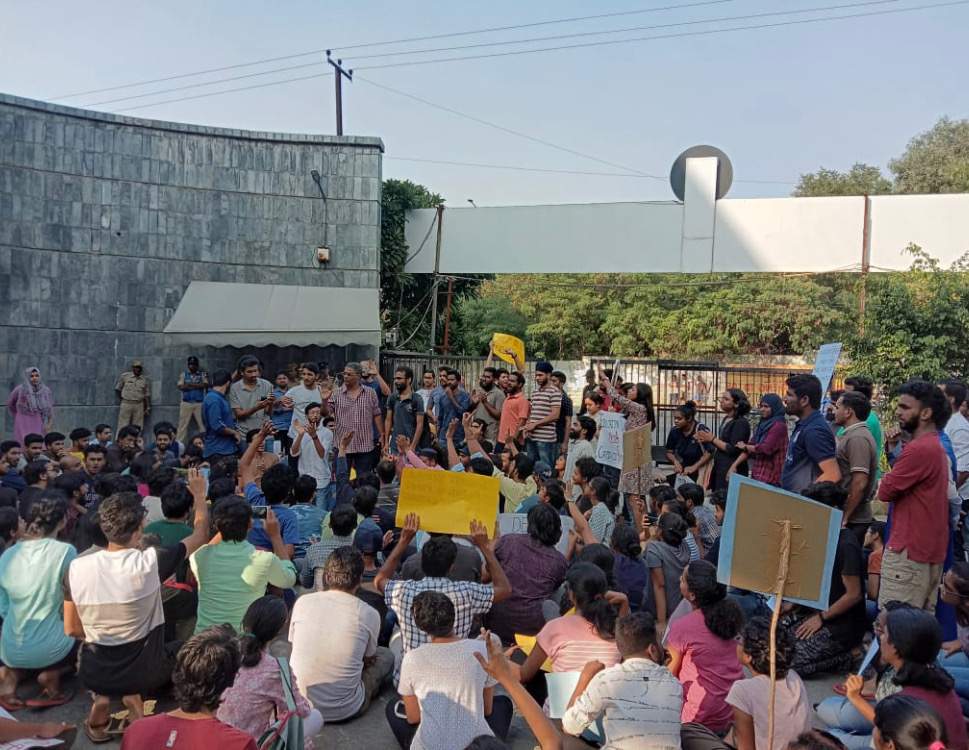 Today, Police descended on the students hours ago, in the presence of Vigilance Office of EFLU and other staff members. The police went on to threaten all students with disciplinary action. "Hence, we are sitting near the second gate, which is visible from the main road. We are holding banners, shouting slogans from here as they are not letting us step out," Torsa says and adds that all the three gates of the institution have been shut and media personnel are not being allowed inside.

Torsa also states that they don't know their future course of action yet though they are trying to talk to the police currently, who, in turn, is telling them that as long as the college administration doesn't budge, they can't do anything.