It's movie time in classrooms: International kids' film festival is in B'luru to bring you 100 films in a row

A Bengaluru-based firm is hosting a film festival with the idea of reaching out to schools in rural areas, 246 schools across the country have registered already

Several schools in the city will be part of what is perhaps one of the first online film festival and one which aims to democratise the concept of a film festival even to schools located in Tier I and Tier II cities.

Called the International Kids Film Festival of India (IKFFI), it will be conducted from November 14 to November 19.  The fest can be hosted independently by schools across the country. Any school with a good internet connection can register for the fest by paying a token amount that gives them access to screen more than 100 films from over 25 countries in their premises, for the six days.

Sultan Syed Sultan Ahmed, Festival Director of IKFFI and Managing Director, LXL Ideas that is organising the fest, told Express that the fest has received registrations from 246 schools from  47 cities. The film package for each screening is designed for a duration of 90 minutes. It may contain anything between three to seven short films to one long film. There will be 27 screenings in six days with five screening each day and two screenings on the last day. 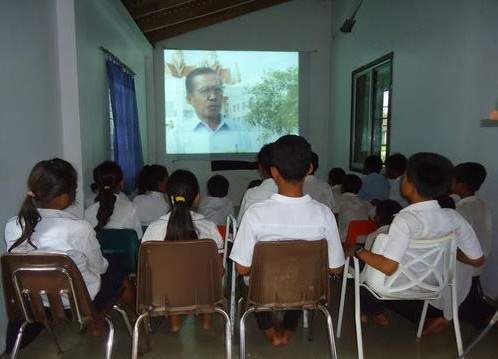 Fully Filmy: Any school with a good internet connection can register for the fest by paying a token amount | Pinterest (Representative image)

"Children’s Film Festivals around the world screen some amazing content.  The challenge is that film festivals are not easily accessible as there are very few festivals that happen. The few festivals that get organised are restricted to the big cities. Schools can organise a screening for all their school students, invite neighbouring schools, have family screening and after-school screening," says Syed

The fest has divided the film screening of the films in four categories: Junior (class 3-5), Middle (class 6-8), Senior (class 9-12) and Open to all (teachers, students and parents). The screening will be done at 9 am, 11 am, 1.30pm, 3.30pm and 7 pm each day for the first five days 11 am and 7 pm on the last day when it will be thrown open to all category movies individual families, societies and clubs as well.