As the second wave of the COVID-19 pandemic is still wreaking havoc across the country, Adivasis or indigenous tribes living in the remotest areas are among the worst-affected, lacking basic facilities such as food, clothing and medicines. Along with the increased number of deaths and despair across communities, there is also a dearth of basic resources such as two meals a day. Let's Feed Hungry Stomachs, which is the brainchild of Arfath Hussain from Mangaluru, is trying to solve this problem to an extent by providing cooked food and dry ration kits to Adivasi families in and around Mysuru. Arfath, who is an event manager by profession, started this initiative a few weeks ago along with two of his friends Rojor Manathoor and Harish Kumar.

The initiative is raising funds on Ketto and the team has also tied up with a trust called the Prasanna Trust to provide around a thousand plates of cooked meals every day to the Adivasi families. They have a total of 15 volunteers now who travel to the remotest areas of Mysuru to serve these communities. "We had done something similar last year, to help economically backward people. The campaign was called Each One Feed One. We provided food in Bengaluru and other remote areas of Karnataka. This year we didn't realise the state would be hit so badly. We saw people suffering more than last year. That's when I came together with my friends and then we planned to do this systematically," shares Arfath. 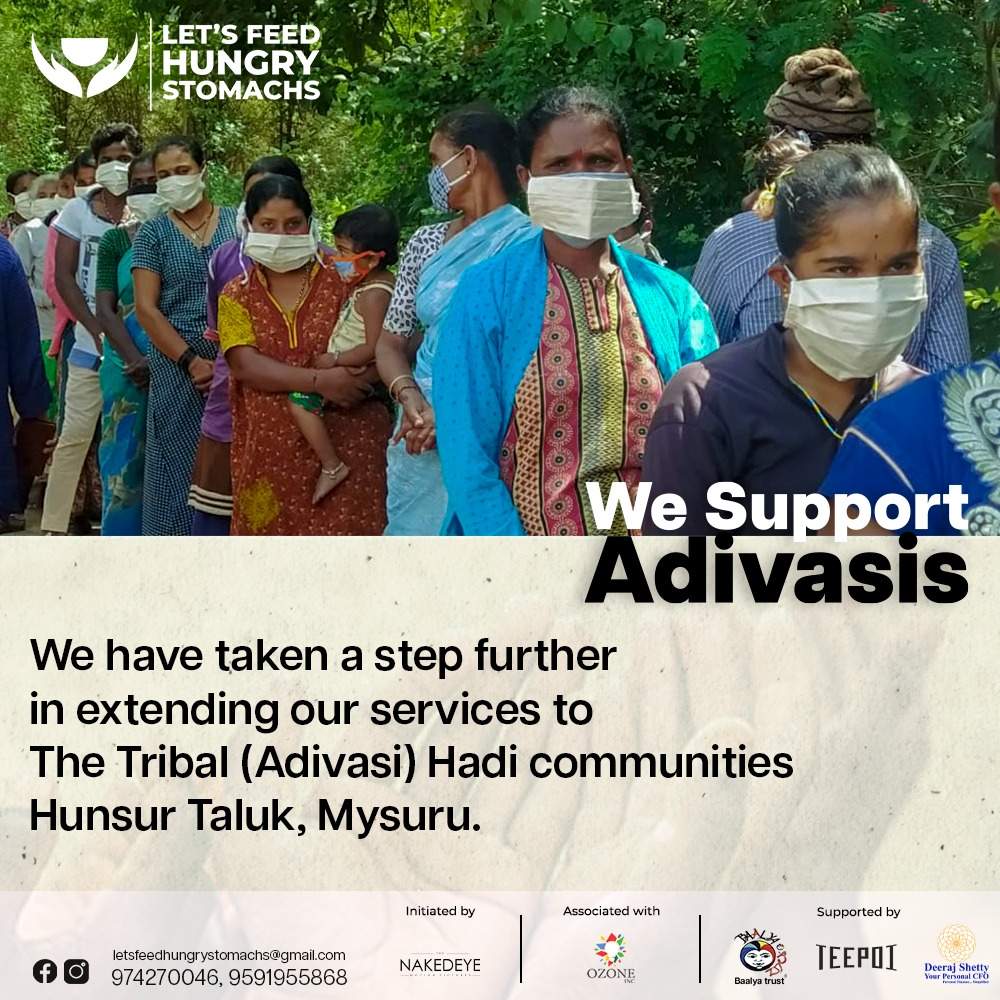 The team has identified Adivasis living in and around Mysuru, mainly in four different districts. "These families still don't have BPL or ration cards which means they don't get access to government facilities or the aid being provided amid the pandemic. Our target is to raise Rs 20 lakh through Ketto, out of which almost nine lakh has already been collected. In the city all of this is accessible, it's not easy to reach the Adivasis and their families in those areas. That's why we began the initiative specifically to feed them," he adds.

Going forward, the team has plans to procure one month ration kits and a medical kit so that for the community's safety, the volunteers don't have to go every other day. "We wish to continue this. There are people who want to help and there are people who are in dire need, however, there's a lack of connection and people who can connect these two communities. We wish to do that with our initiative, we want to fix that gap," concludes Arfath.

Here's the link if you wish to donate and help out: https://www.ketto.org/fundraiser/lets-feed-hungry-stomachs