To infinity and beyond: This 19-year-old from a Delhi slum is now building low-cost astronomy labs in schools

Aryan Mishra, 19, will now be building low-cost labs in schools across India under a government initiative. We find out more about his dreams and aspirations

"It is a big deal when a newspaper vendor's kid features in the newspaper," says 19-year-old Aryan Mishra, whose story is not quite your regular rags to riches one. Hailing from a family residing in an isolated slum in Delhi, Aryan's father is a newspaper vendor. Aryan's story was covered in the newspaper when he discovered a near-Earth asteroid while scanning data at a cyber cafe as he took part in a nationwide asteroid search programme in 2014 when he was just 14 years old. Now, he is the founder of Spark Astronomy, a start-up that builds affordable astronomy laboratories in schools.

At an age when most of us were confused, just merely existing, Aryan had been busy scaling the night sky and discovering asteroids. "I was a little kid, we used to sleep on the terrace on summer nights, I always imagined what stars were exactly or why they were in the sky. We didn't have access to astronomy at that point or to people who knew about these concepts. I joined my school astronomy club without giving it a second thought to know what lies beyond the solar system and all about the stars, planets and everything else that's there. From school, we were taken to a night sky observation activity where I saw the planet Saturn for the first time ever. From then, my interest transformed into passion," adds Aryan. 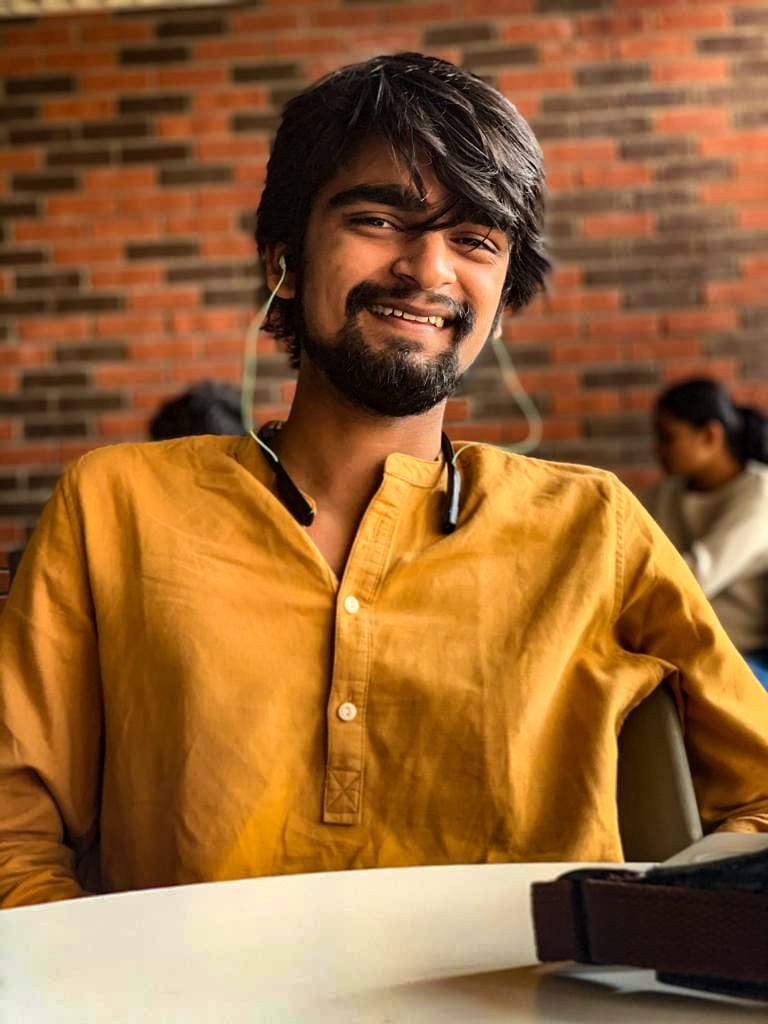 However, the 19-year-old's parents did not quite support his enthusiasm. "I told my parents I want to buy a telescope but they denied. A 5,000 rupee telescope was a pretty huge deal for us. Given these economic issues and the lack of family support, I realised pretty early that I have to do it for myself," he says.

He began saving his pocket money and in around one-and-a-half years, Aryan was able to save Rs 5,000. He bought his first telescope when he was 12 years old. "I cut down my canteen expenses, went walking to tuition classes. But my parents didn't seem to be happy. They didn't say no to me, but they didn't feel it was suitable for me to pursue a career in astronomy. Neither did I have a clear answer to how exactly I could make a career out of astronomy," he tells Edex.

However, his perceptions changed when he and his friend discovered a near-Earth asteroid. Aryan and his friend KeertiVardhan Kukreti discovered an asteroid between Mars and Jupiter. "When I was featured in the newspapers after the discovery, I had proved to parents why I was passionate about astronomy. My biggest challenge has not been dealing with the world around me but proving worthy to my parents and making them realise why I was fascinated with the cosmos," he says.

Aryan is currently pursuing a BSc in Physics at Ashoka University in Haryana. He founded Spark Astronomy in 2018. Explaining why astronomy is important, the budding astronomer says, "In India, the state of astronomy is not that great, we need to create more opportunities for kids and youngsters who wish to learn more about the cosmos. My aim has always been to do better for everyone else while following my passion, what I can do to improve the condition of kids like me in our country. I didn't want to open a club or space where people have to pay to get in or avail the services. So, I came up with the idea of setting up labs where kids can come and get the opportunity to learn and know more about space and beyond. At a cost of Rs 60 per year they can learn about a telescope, how to use it, how to find temperatures of the stars, more than 50 activities which are provided in the lab," he says. Laboratories built by Aryan's start-up today provide four basic telescopes for skywatching. The labs also have working models that he himself builds using recycled materials such as pipes or CDs. He also provides curricula for different classes, as well as a three-day teacher’s training course. His start-up trains them and has teachers run the labs. Students who sign up for his classes receive regular newsletters on the latest developments in the field of astronomy. Spark Astronomy charges about Rs 3 lakh for each lab, which the schools pay as a one-time investment. As of now, they have worked with five private schools — two in New Delhi, and one each in Haryana, Punjab and Gujarat.

Recently, the Central government is planning to build astronomy laboratories in Kendriya Vidyalayas and Jawahar Navodaya Vidyalayas (JNV) across India with the help of the 19-year-old and his strat-up. His efforts recently caught the attention of Principal Scientific Advisor to the government, K VijayRaghavan, who is in charge of bringing these low-cost labs to schools under the Ministry of Human Resource Development (MHRD). Aryan says that the partnership is yet to be formalised. What we know about them is that in the pilot phase of the government’s partnership with Spark Astronomy, eight labs will be built over the next three months, starting in December, in different government-run schools across India.

Aryan's economic background and lack of support never stopped him from achieving his dreams. Aryan also dreams of becoming a pilot or pursue an MSc in Astrophysics. "I will be working with the government for the next three years. After that, I want to set up an observatory somewhere in the remote areas of Ladakh or any other hill station where people can come up and do their research, use the telescope to observe the sky," he concludes.