How Murugan S Theruvoram saved the lives of more than 10,000 people living on the streets over the past 20 years

After 20 years of saving lives, Murugan S Theruvoram fears that he may need to pack it up and hit the road again as an auto driver. A recipient of awards from the president and prime minister of the country themselves, it’s hard to imagine that a man who named himself after the very voluntary organisation he has built from the ground up is on the verge of leaving it behind. What led him to this? The indifference of the general public.

Murugan says that he comes from the streets. Born to an alcoholic father, he was taken to an orphanage where he first found people who took care of him and educated him. Here, he learnt about the lives of Ambedkar and Mother Teresa and dreamt of saving lives like them. He says, “As a child, I used to have to beg and perform odd jobs to survive. I remember rummaging for food out of trash cans to try and satisfy my hunger. Then, someone enrolled me in Sneha Bhavan, an orphanage, where I lived for 10 years. The first few years of my life was among orphans. And the greatest lesson that I learnt was that we come into this world with nothing an leave with nothing.” CORNERED IN: Murugan grew up on the streets himself

Maybe it was this early epiphany that lent him the strength and determination to know that he wanted to build something that would help others like hm. He knew that he wanted to work in service of orphans, the old and the destitute, women and sex workers. For seven years, he worked with Kochi Childline, first as a volunteer and then as a team member. “I started to feel like I was not doing enough,” says Murugan. “It’s not just children who suffer, so many adults live such difficult lives. I met people who came from the streets and were struggling to survive there, I could relate because I come from there myself.” With that thought, he began picking up people from the streets and taking care of them.

While people with no one to look out for them found safety under Murugan’s care, people started to mock him. He says, “In the beginning, people used to call me a beggar keeper and things like that. But it didn’t really get to me. I derive a great deal of joy from rescuing people. To bathe them, clean them and bring them back into normal life is the greatest feeling in the world.” But the work caught up with him soon. He realised that he could not do it on his own. In January 24, 2007, he registered Theruvoram ('street corner' in Malayalam) as an NGO. The organisation does not work as an orphanage where people are brought in to stay indefinitely. Theirs is a rescue mission. Anyone can call their registered helpline and report if a person is in need on the street and they are guaranteed to reach the spot within the next hour. 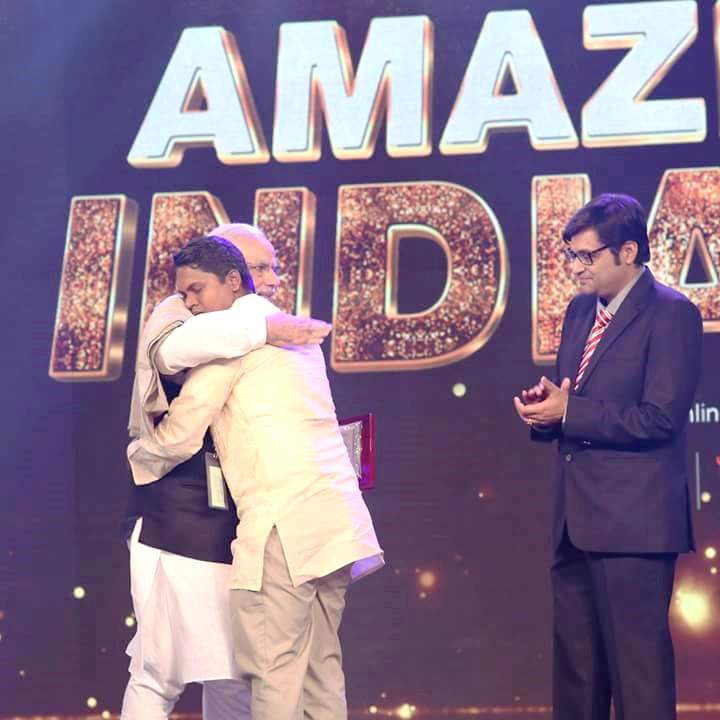 HONOUR ROLL: Murugan being honoured by the Prime Minister

At Theruvoram, they identify a person based on their location. They first track the police station under which that location falls. The rescue mission starts when the person in need is taken to the police station and they receive a reference number from the officials. The person is then taken to a government hospital for examination from where they receive a medical report. They stay with the organisation for the next one or two weeks until it is determined where they need to be taken. If any of the individuals shows signs of psychiatric issues, they are taken to the Chief Judicial Magistrate courts where the judge determines their condition. Based on this, it is determined whether they should be taken to the Thrissur Government Mental Hospital or not.

During this time, two social workers, who are working with the organisation, study their condition and draft a report. Jenita Varkkichan, a social worker with the organisation says, “We try to understand what help they need. Often, they might not even remember where they are coming from or anything at all.” Murugan says, “Some of the people we bring here have not bathed or brushed their teeth even a single time in their lives. One huge issue we face is that they don’t even know how to brush their teeth or change their clothes. We realise after our tests that many of them may be cancer or TB patients. Sometimes, we get infections from taking care of them. But we treat them with the same love and care that we would give a newborn child. That is how much work needs to go into just getting them to shed their past.”

So far, Murugan and his people have rescued over 10,000 people. He frequently visits schools and colleges where he teaches youngsters that there are people who suffer like this in the world and that we can't just pretend otherwise. 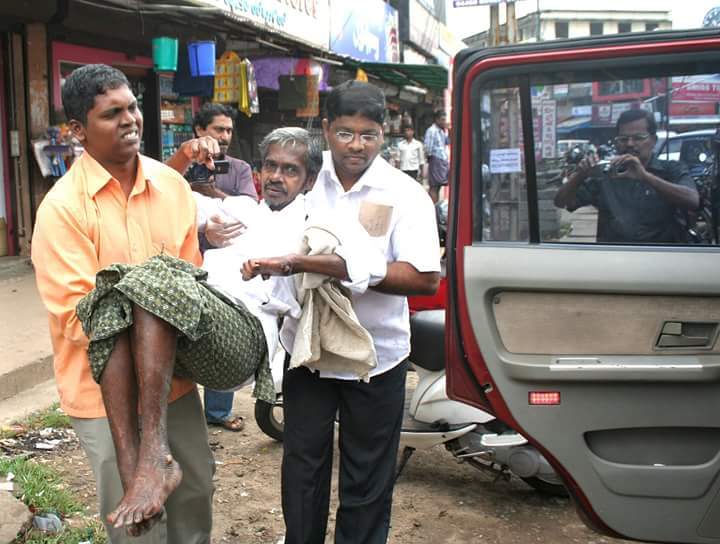 Roadblocks
The work Theruvoram does is a major risk. They do not only look after the people they bring in, but they also try to return them to where they come from. Their families may not even accept them. “Our greatest support comes from the Pink Police, the police control room, the court and health officials. I have been able to do this for so long because of their help,” says Murugan.

He continues, “The biggest issue is that we are not getting funds anymore. People don’t realise what happens between the time they call and the person's rehabilitation. They give us small amounts of money thinking that what we need is money for food. But it is the rescue process that we need funds for. Just driving a few mental patients to Thrissur takes us over `5,000 a month for fuel.”

Theruvoram saves at least 400 people each year. It might be the only organisation of its kind in the country. Unfortunately, while he was busy doing the groundwork, Murugan could not afford to make the noise or advertorial appeal that many other charitable programmes have been able to do on social media. It might take some conscious effort to keep Theruvoram afloat. If we truly wish to see out streets to be free of pain and suffering, we need people like Murugan on every corner.