Meet Abhaya Francis, a Kerala nun who was instrumental in converting Malayalam into sign language

Sr Abhaya Francis, the Principal of St Clare Oral HSS For the Deaf in Kerala talks about her two-decade-long career as a sign interpreter

At 48, Sister Abhaya Francis is synonymous with the voice of the hearing impaired in Kerala. Though she started her career as a teacher at the St Clare Oral HSS For the Deaf in Kalady, today, her countless contributions to the field of sign language make her a force to reckon with. "The school was started in 1993 by Sr Annies Vallipalam, Sr Phincita and myself with a mere 8 students and presently, we have classes till 12th grade and we have 208 students studying here. In addition to regular schooling, now we have introduced job-ready courses like graphic designing and accountancy for our students," says Sr Abhaya who is currently the school's principal.

As a sign language teacher, she has been instrumental in converting Malayalam into sign language and has developed her own signs to help students understand better. "The lack of proper signs in the regional language makes it difficult for us to teach subjects like Malayalam, so we developed our own signs for certain words so that our students understand the concepts better," she says. At the school, sign language was introduced as a medium of instruction only four years after its inception. "When we initially started the school, we gave more importance to therapy than sign language because there was a general unwillingness among parents to let their child communicate using sign language. They wanted their children to undergo surgery and be able to communicate like a regular child. But over the years, this has changed. We are seeing more parents come forward to learn sign language," points out Sr Abhaya. 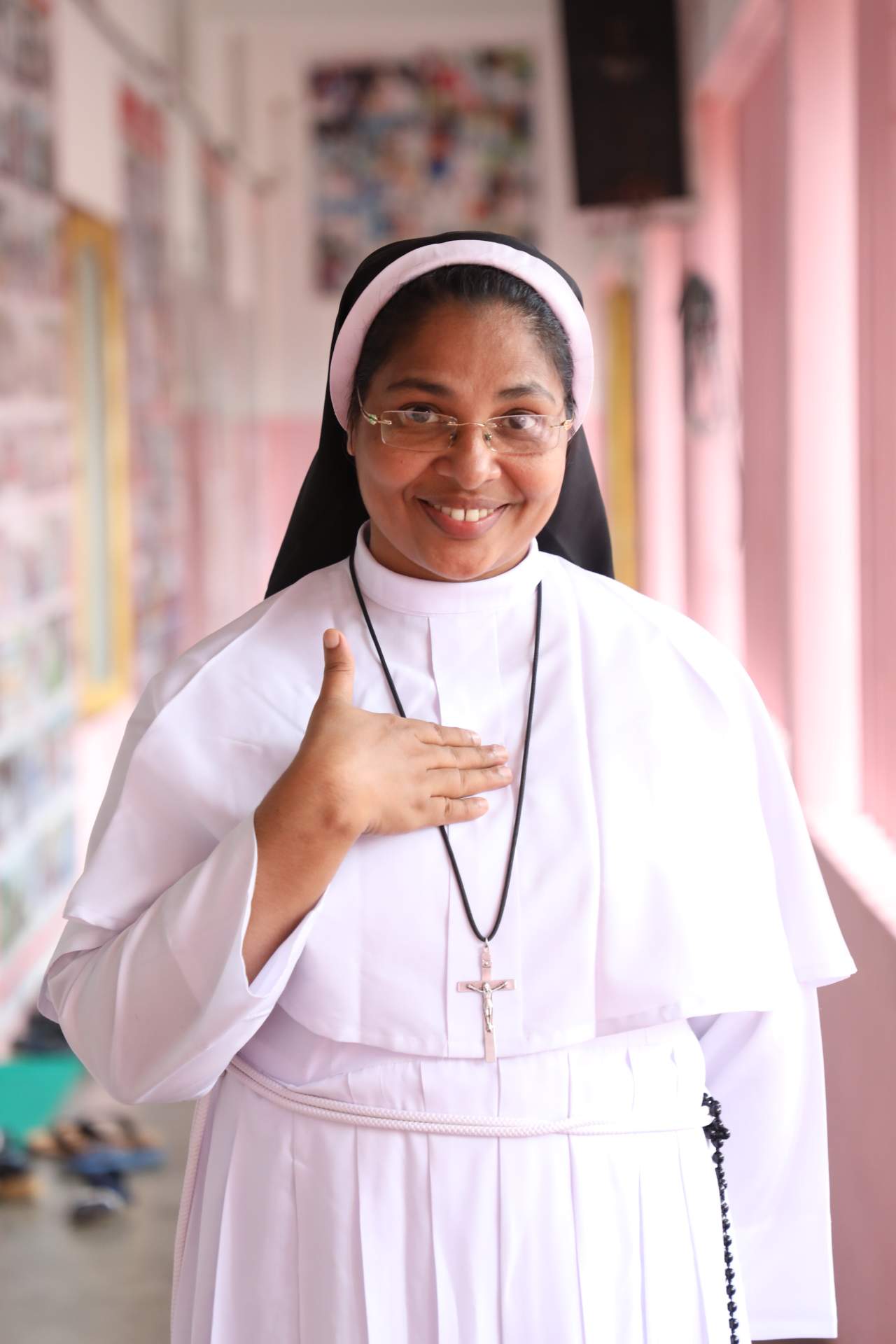 Gesture speaks: Sr Abhaya Francis have been a teacher at St Clare Oral HSS For the Deaf in Kalady for 26 years

In order to help more parents, Sr Abhaya has tied up with the Indian Sign Language Research and Training Centre to create a sign language app. "The app is called ISL Parenting and its primary aim is to help parents of deaf children learn sign language and it is currently available in Malayalam, English and Hindi. We have been able to convert almost 1,500 phrases to sign language. Another key feature is that it can scan Malayalam words using a mobile camera and then convert it into a sign language," Sister Abhaya says about the app that was launched in July. The app was designed by Jestin Joy, a research scholar at CUSAT's Computer Science department and Sr Abhaya signed the 1,500 phrases.

However, her service is not just restricted to the classroom; it goes beyond it — from holy mass to courtrooms. Sr Abhaya has been pushing herself to make public spaces more accessible to the hearing impaired. Whenever there's a case involving a hearing-impaired individual, the court summons Sr Abhaya to be the language interpreter. "I have appeared for the court hearings of deaf persons across Kerala. There was an instance where I was able to save a marriage because the deaf couple was able to communicate to the court with clarity. Apart from this, I regularly sign during holy communions," says Sr Abhaya who also signed for the audio Bible CD, Ephphatha. In fact, her presence extends to the silver screen too. "Movie stars ask me for help to play a certain role in the movies. In Spirit, Mohanlal's friend's son, who acts as a deaf child, took signing lessons from me," says Sister Abhaya, with a tinge of pride in her voice.