Nikita Hari, a research scientist by profession and a social entrepreneur by passion is empowering the youth through education and technology

Convinced that she can turn India's slums into silicon valleys, Nikita Hari, a Kozhikode-based research scientist is an inspiration to many. Nikita founded Favalley, a social enterprise that targets the unmet demand for coding to impact the lives of millions of vulnerable youth living in slums by engaging, training and matching them with programming jobs. Wouldn’t it, therefore, be a boon if underprivileged children could actually learn to code? We definitely think so!

"In a country like India, going digital and cashless when 70 per cent of the population is without access to the internet is an astronomical problem. We wanted to change this scenario by using the disruptive power of technology to impart digital literacy and skills to the vast majority of the population, who are completely disconnected from the digital world. Though we started with a course in coding, now, with automation as coding jobs have started disappearing, we are primarily focusing on basic digital skills, digital literacy, communication skills and other vocational skills that will empower the youth," says Nikita. 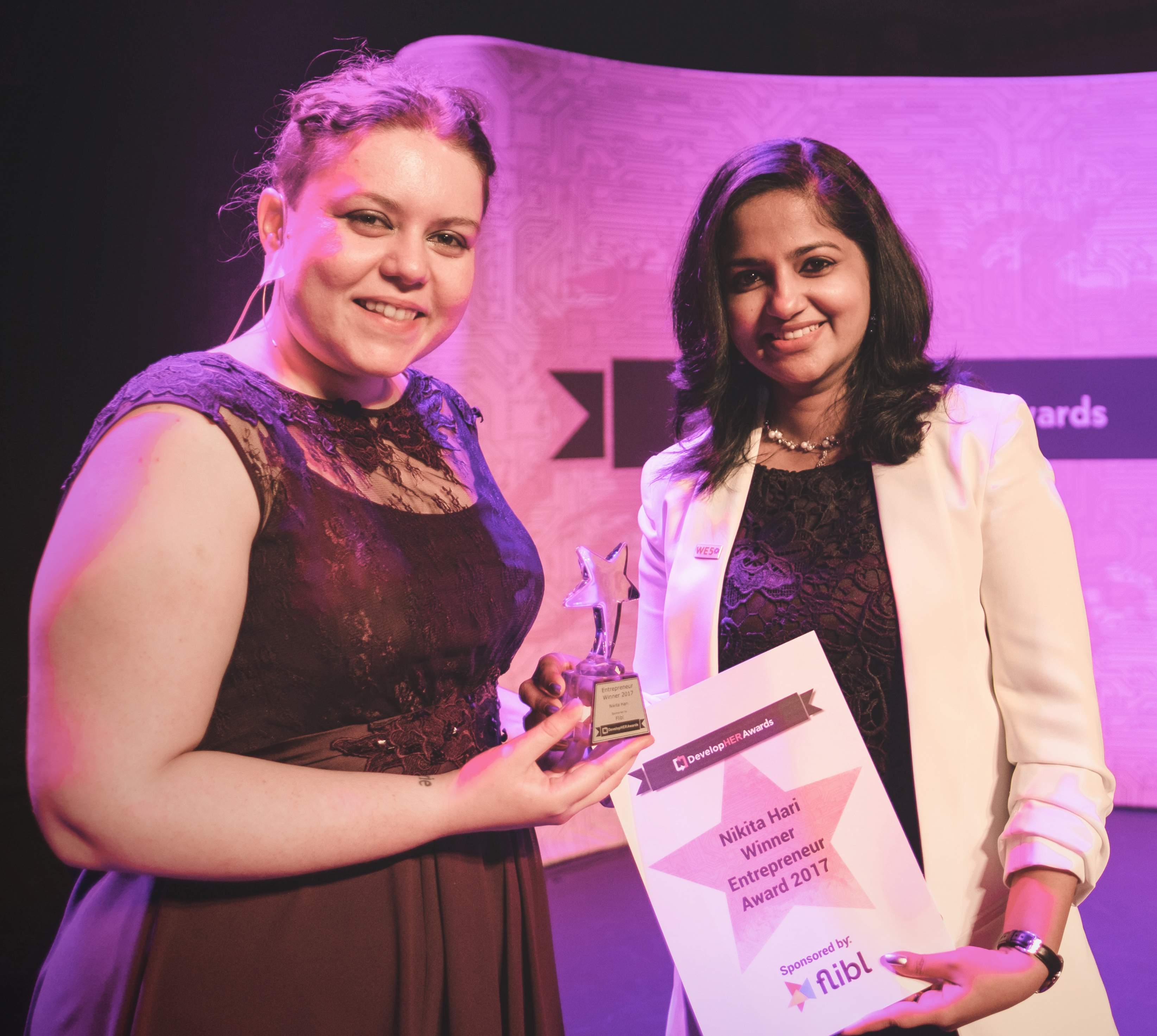 Award story: Nikita was also a ‘Forbes 30 under 30 UK’ finalist, ‘Hult Prize’ finalist and has received accolades from various organisations across the globe

With an idea to teach coding to youngsters from a low socio-economic background, Nikita along with three PhD students from the University of Cambridge started Favalley with an aim to create large-scale educational and employment opportunities, empower broader inclusion, gender equality, and better connectivity. "Favalley was started with a mission to convert slums into the next silicon valleys by engaging, training and matching the marginalised youth to digital India. To ease in the practicalities of piloting and implementation, we are teaming with Wudi, an Edtech start-up, to better explore the learning dynamics and the attitude of the youth in rural areas. And after that, it will be implemented in rural schools and vocational colleges in Wayanad, Chennai, and Dharavi to make the best digital learning platform accessible to the bottom of the pyramid and also empower them by connecting to Digital India," says Nikita, who has been awarded the Nehru Trust Cambridge University Scholarship, Cambridge Department of Engineering Grant, FFWG Research Foundation Grant, Churchill College Grant, Snowdon Trust and Google Europe Scholarship.

But how are they reaching out to the youth in the slums? Favalley has designed open online courses called Favalley Bridge, which will provide the youth with the digital, coding and soft skills know-how required to enter the digital job market. "Students registered with a non-profit partner in their slum can join our course that is composed of three stages — code-to-learn (learning the basic logic behind coding), learn-to-code (learning programming syntax) and a graduation project (to develop a fully functional digital solution). At each stage there are gamified assignments and remote meetings with a tutor. Moreover, activities are mostly learn-by-doing, generating a performance portfolio for each student before they move to Favalley Work, where we actively match graduates with companies," she says.

However, potential employers would also be able to access students’ profiles, portfolios and progress reports. The matching provides companies with customised workforce and students with a tenfold increase in expected salary. "We charge a fee from employers (compatible with the fee of recruitment agencies), which is our income. Thus, we aim to provide a better life and stable income to millions of young women and men living in overcrowded urban spaces," she adds.

According to UNESCO, around 750 million people are not exposed to digital literacy. So, as digital skills become necessary life skills, we need to connect the vast majority of socially and economically marginalised sections of society to the digital world

But running a social enterprise hasn't been a walk in the park for Nikita and her team. "As PhD students, we couldn't give a full-time commitment to this as we were on funding that was restricted to three years and we already spent six months on Favalley. So, we were forced to shelve it for a while. During that time, the impact of automation had begun and companies started letting go of their low-level coding workers. This was a huge blow for us. And then came demonetisation. So, we decided to pivot a bit and reshape Favalley as a bridge for the marginalised people into the digital world by imparting digital literacy, opening up new opportunities and thus, broadening their horizons and hopes for a better future. We have teamed up with Anil Emage, CEO of AFRC India to first implement this in Wayanad, Kerala (in my state) and then scale up to Dharavi, Chennai and other areas."

Sharing her excitement about the phenomenal response they've got, Nikita feels that she owes her success to the public for their support and encouragement. "Established collaborations and inspiration for youngsters to venture intoFavalley are our biggest achievements. At the end of the day, my vision is to provide youngsters with a social platform, where they can be change-makers and I’m definitely on the path towards that goal," she states.

And what's next on the cards? As for Favalley, Nikita's aspiration is to connect the bottom of the pyramid to the digital revolution of our times, so that they are empowered to face challenges and are able to create a better future for themselves.