At age 13, Anand's initiative has reached 50 villages and he has addressed over 50,000 children — the goal is to make all of them get to school and we think that's awesome

Anand Krishna Mishra's life changed when he was on a pilgrimage to Maharashtra. Anand who hails from Lucknow, was in the fourth grade when he happened to see a small boy in tattered clothes reciting the slokas with clear precision. Impressed by the young boy's grit, Anand tugged at his father's shirt asking him to help the boy out by offering money.

The boy kindly refused, telling his father that if he really wanted help he could buy him some books and pencil. " I was so inspired by his gesture and moved by the fact that despite his poverty he was more than willing to earn and study," says Anand. 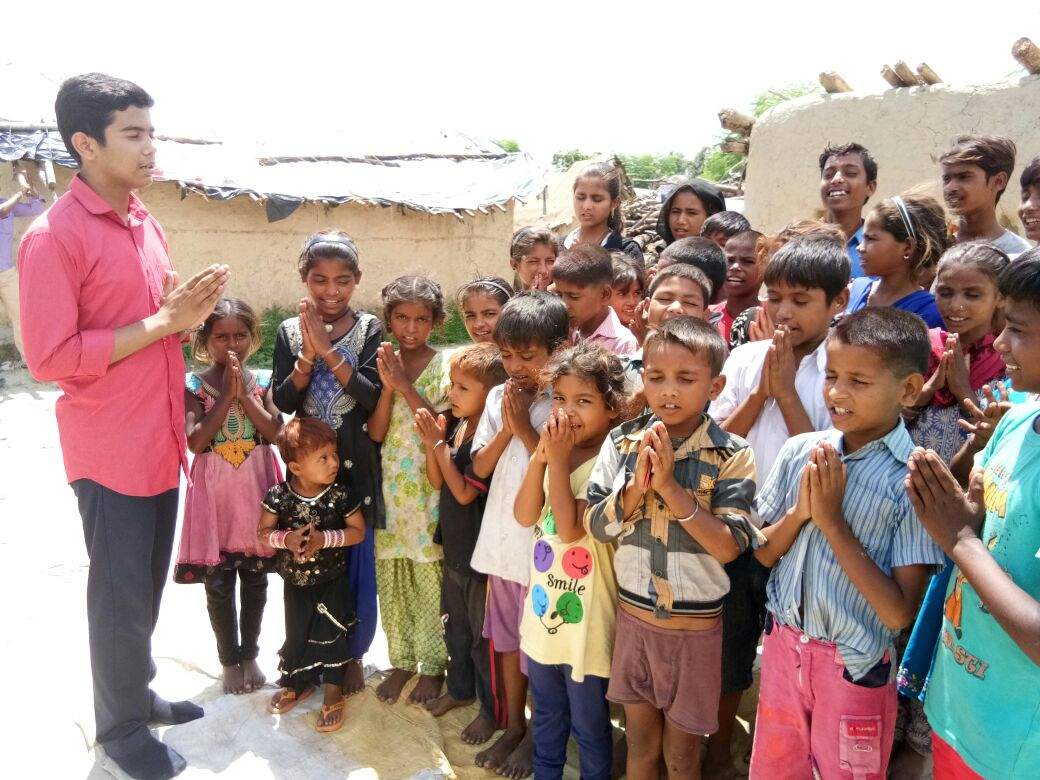 Songs of praise: Some of Anand's first students were older than him while others were younger

It was the journey back home that got Anand thinking " That's  when I realized that I  wanted to help children from the economically backward conditions and do something for them, " says Anand.  With the help of his family, in January 2012 he started an initiative called Bal Choupal to educate children.

Anand held his first session for children from economically weaker sections near his locality ." Some of the children were older than me and some younger, they didn't go to school and were engaged in odd jobs, I started off by motivating them to take up studies and told them about the importance of education in their lives," says Anand about his first class.

At 13 years of age, Anand is an eighth-grader at City Montessori School. He has taken his initiative to more than 50 villages and has addressed close to 50,000 children of which 750 children have joined school because of Bal Choupal. Anand hopes to join IIT and start a new company, he also wants to inspire more kids along the way.