I have to be careful: Sudha Murty on writing about mythology in today's India

Sudha Murty has held her own and made her mark as a philanthropist, teacher and an author over the years. She speaks about books, movies and languages

There are several writers who choose to, sometimes or regularly, pick up themes from the rich and glorious past of India to tell tales that are contemporary and relevant. Devdutt Pattanaik, Amish Tripathi, Ashwin Sanghi, Chitra Banerjee Divakaruni and Sudha Murty, to name a few. But what's unusual about the Chairperson of Infosys Foundation, Sudha Murty, is that she has picked the most unusual tales for her five-part series, the first of which, The Serpent's Revenge was a collection of unusual stories from the Mahabharata. Along the same lines comes the second instalment, The Man from the Egg, launched on Children's Day in Bengaluru. The book talks about the Holy Trinity of Hindu mythology — Lord Brahma, the creator; Lord Vishnu, the preserver and Lord Shiva, the destroyer.

Work profile: As the Chairperson of Infosys Foundation, she has done a lot of work in the areas of sanitation, setting up libraries, rehabilitation post-disasters and much more

While most of us were woken up bright and early on a Sunday morning to catch up on our quota of mythology by watching cult classics like BR Chopra's Mahabharat or Ramanand Sagar's Ramayan on television, Sudha Murty read it all. And as per her own confession, she used to and still reads, "A lot. A lot. A lot!" Not just in English, but in Marathi and other versions too (as she spent enough of her childhood in Maharashtra). And from all that she read, she chose to retell a select few stories that would otherwise go unnoticed in the larger narrative of the epic. Like her second book in the series, The Man from the Egg refers to Garuda, the large half-man, half-bird who was the vahan (vehicle) of Lord Vishnu. Nowadays, girls are confident and are part of the workforce, which I really like

"I had to be very careful, yes," she admits, when we ask her if she is ever weary when it comes to writing about God and Hindu mythology given today's political climate. She reiterates the fact that she has written 28 books in her 40 years and not one has received any backlash, and, "Thank God for that!" she laughs. But in the same vein, Murty tells us, "When I want to write, I just write and enjoy the process." The Shiggaon (Karnataka) born author doesn't care much about how much the book will sell for or what people will write about her. But she does think twice when it comes to writing for children. For the young impressionable child, she makes sure that the book ends on a positive note and the takeaways are only constructive. "The rest I’m not worried about," says Murty, who is also a member of the Gates Foundation.

Flight mode: In June, Sudha Murty was called 'cattle class' at the London airport while she was waiting in the queue meant for Business Class travellers. She cleared the matter by showing her boarding pass

Along with being a voracious reader, the 67-year-old is a self-confessed movie buff, who recently rewatched some of her favourite scenes from the Aamir Khan-starrer, PK, while waiting for her flight. And not surprisingly, when she writes, the story plays out in her mind like a movie, in frames where every detail of every character and what they say is clear to her in her mind's eye, "and from there, I just keep describing the frames and therefore, never get tired of writing because all I’m doing is just describing," says the author, who prefers to write in the mornings. On the cover: The cover of Sudha Murty's latest book

Now, because her writing is as popular in English as it is in Hindi, we wonder which language she thinks in. "It's actually very funny. I write all my novels in Kannada and rewrite them in English," says Murty, who is also a computer scientist and engineer, adding, "But I write all my non-fiction and children's book directly in English."  Kannada, she says, is a language very dear to her heart. And when we ask her about the recent uproars in Karnataka regarding both Kannada and Hindi, she says, "Children are capable of learning it all, why just Kannada or Hindi or English?" she asks poignantly. By citing herself as an example of how she knows Marathi because she picked it up while staying in Maharashtra at the age of five, and it continues to be a language that "I’m still very good at," she emphasises the fact that kids are quick absorbers. However, "which language they want to keep should be left to them," she rightly says. 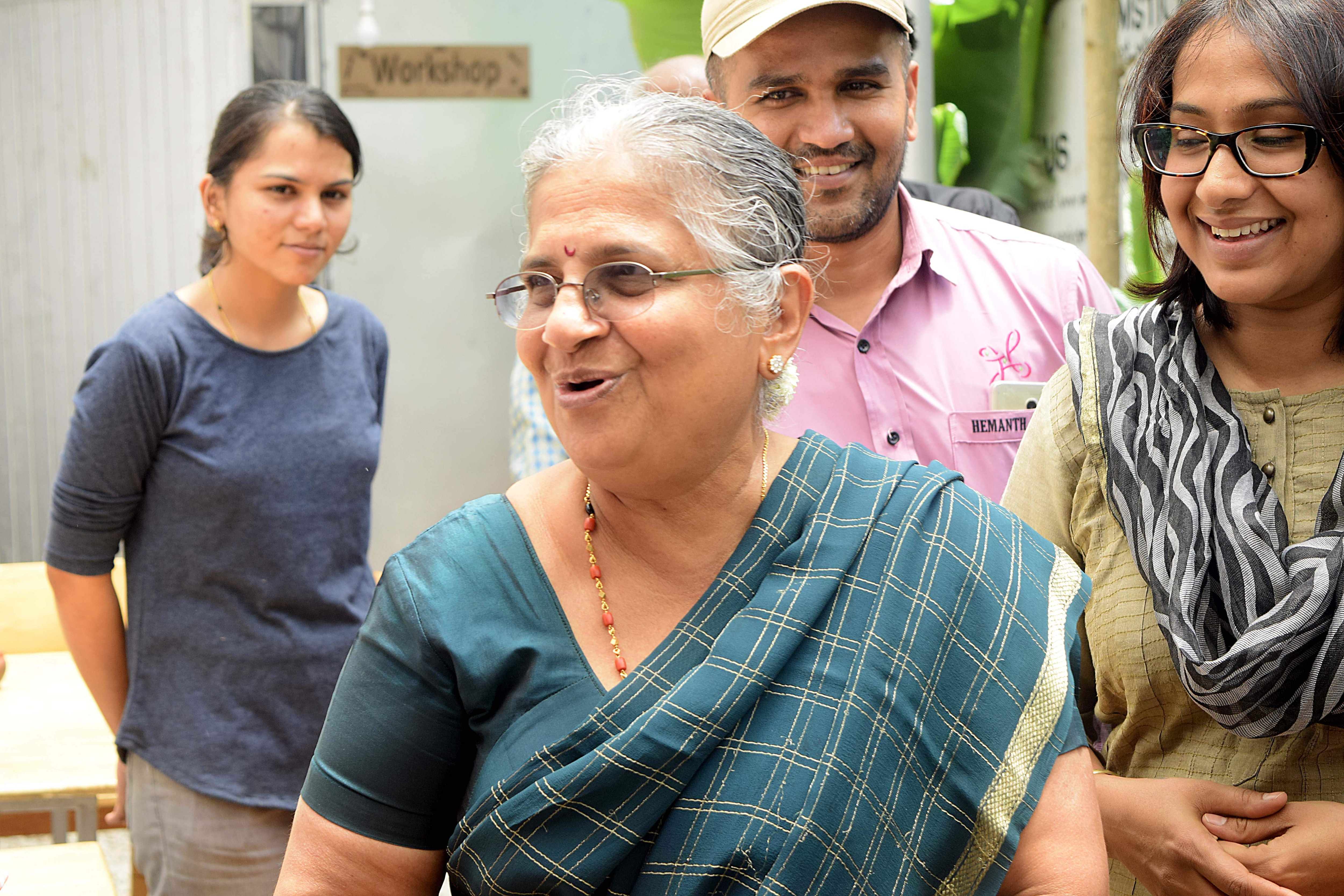 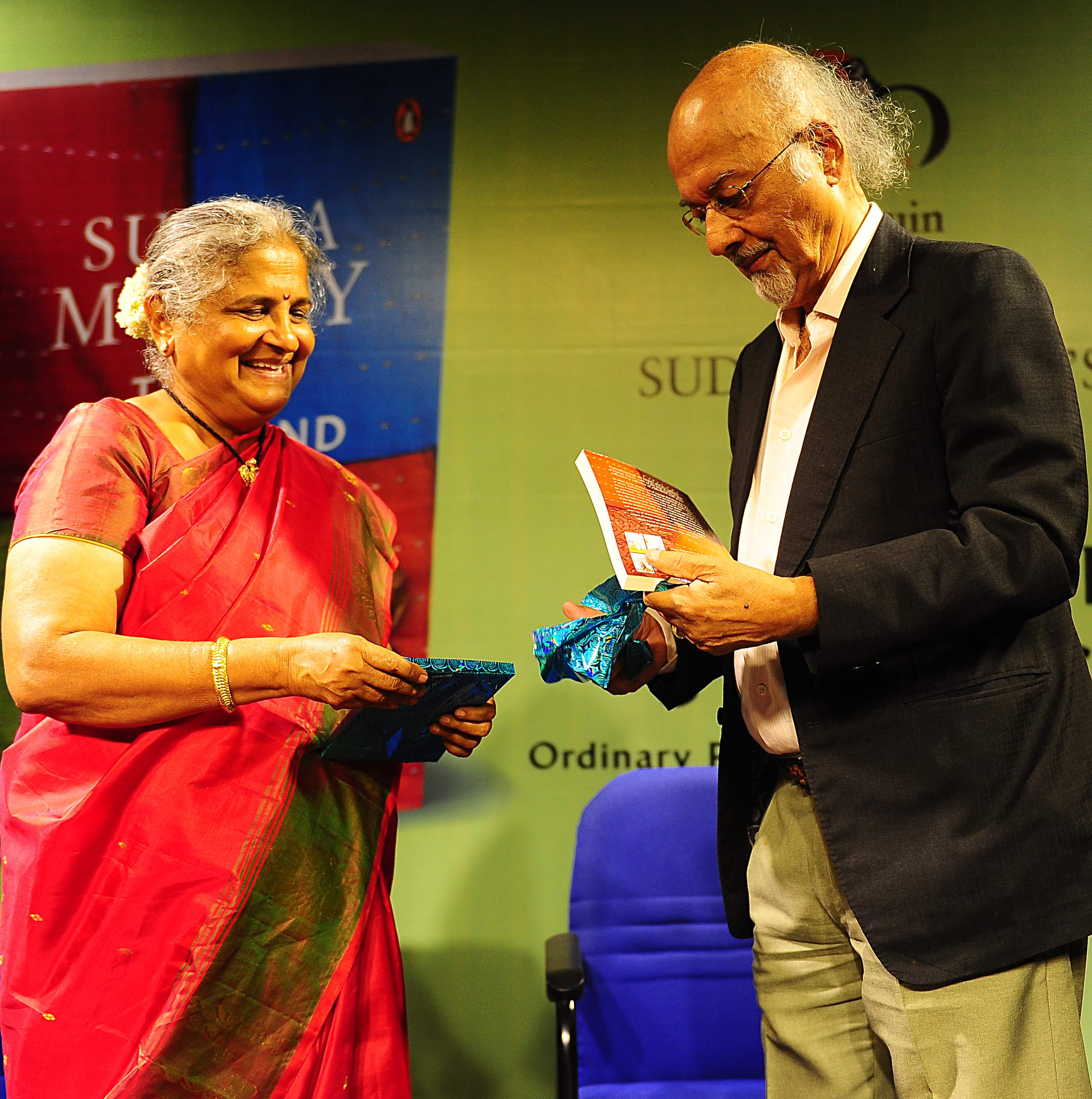 After that: When their two kids, Rohan and Akshata, become teenagers, Sudha Murty took up a job as a Computer Science teacher in Bangalore University

Winning move: Sudha Murty had an illustrious run, academically and professionally (gold medal from the Indian Institute of Engineers and first female engineer to be hired by TATA Engineering and Locomotive Company)

As the Chairperson of Infosys Foundation and India's favourite philanthropist, Murty is required to travel a lot, which enriches her with experiences and creates a bank for her to constantly draw stories from. She has no qualms whatsoever about writing about her personal experiences, though she is a well-known public figure, she says. "There are just a few things that I like to keep private. Apart from that, I don't mind it actually," says Murty, who is clearly an open book, and whose life and work we can all draw inspiration from.

Some books close to her heart 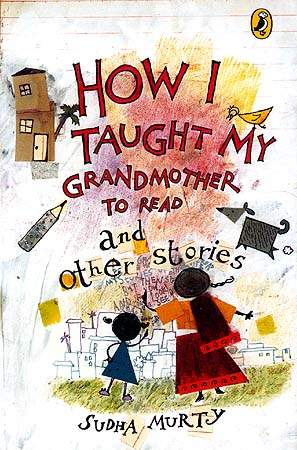 How I Taught my Grandmother to Read and Other Stories
One of Sudha Murty's earliest books, it talks about her childhood experiences Three Thousand Stitches
One of her recent works, this book is about working with women in the devadasi system and a few more candid experiences 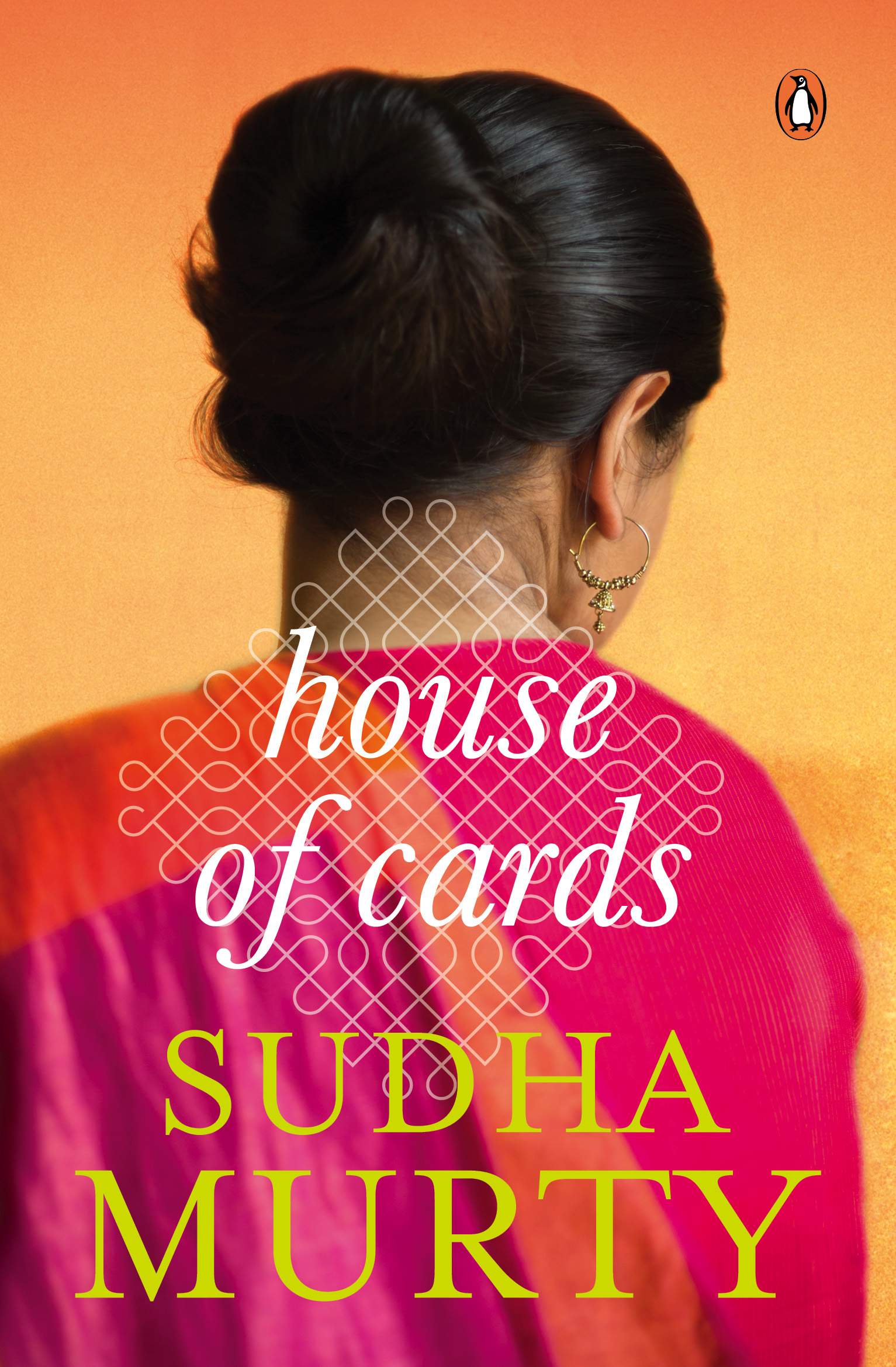 House of Cards
This is one of Sudha Murty's favourite books because it took her a considerable amount of time to write it. "It's a very complex and beautiful novel," she says