She says she is fine, but is she? How Dr Munjaal Kapadia's podcast is helping to de-taboo women's health

Miscarriage. Period. Sex. These are the big no-nos when it comes to any conversation in India. The taboo around women's health runs so deep that women are conditioned, right from childhood, to not discuss these issues. As we move to a more liberal world, or at least try to, sporadic discussions on women's health are emerging from different strata of society. But it always makes more sense when a professional talks about it. She Says She's Fine — a podcast by Dr Munjaal Kapadia, a gynaecologist and the Director of Namaha Specialised Healthcare in Mumbai talks about the issues you shy away from because it makes you feel awkward.

But why do we need to talk about women's health specifically? "I noticed, by way of my practise, how women downplay their issues in front of their husbands, parents or in-laws. Once you make a connection with them, you realise they have buried these issues deep down because they have been told that this is not the right thing to talk about. All their lives they have been told to suck it up and get on with life. I thought if I could get people to come to the podcast and share some of their stories — very raw and intimate tales of the experience — it would resonate with a lot of people. I started it thinking this will be something my patients and the families will listen to. But then it blew up and spread like wildfire. When the first two seasons were airing I would meet someone every other day who would say that they loved the show — both men and women," he said. "I have been listening to podcasts for a while now and I have always wanted to do something on women's health with this incredibly intimate medium of audio where people are able to speak freely and without any inhibition," added Dr Kapadia. 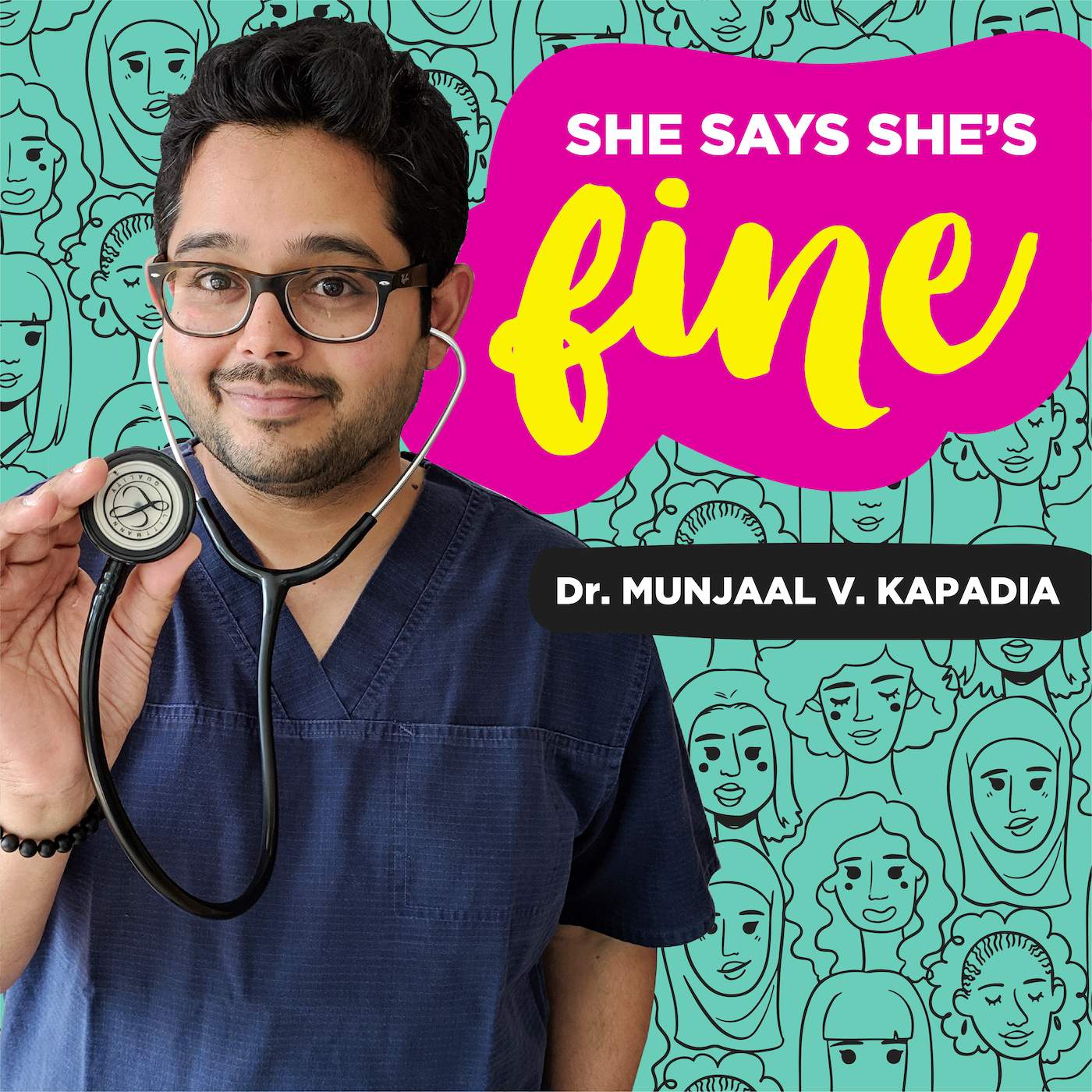 Making a topic like women's health a taboo buries it deep under the ground and this can not only give rise to increased physiological issues in women but also affect their mental health. "The woman has been told time and again that what is happening to them is normal and the reason they are having issues is that they are weak. This has a very debilitating effect on a young girl growing up or a young woman — she is made to believe that she is finicky about her health while the other women are braving it out. Most of the time they are clueless about the options available to them. And when they finally do consult a doctor they wish that they had known about these options sooner. When they listen to women talking about these issues and living a life without prejudice and pain on the podcast, we hope that barrier will be crossed," he said. The show is produced by podcast platform Maed in India. It has had two seasons till now and the next one is in pre-production and should be out next year.

Food app Zomato's period leave was in the news recently and Dr Kapadia feels that whether giving women leave when they start their period (or not) is beside the point. The fact that it started a conversation is the thing to focus on. "When you talk about equality at the workplace, it means equal opportunities and not the same rules. You have to recognise that there is a biological difference. Some say that these leaves will be misused. When you start the conversation assuming the worst out of a woman you have lost the battle of equality anyway. Why would the female workforce misuse an act of compassion?" he asked.

No uterus, no opinion? Not necessarily, said Dr Kapadia. Is it difficult to understand the problems if you do not go through them yourself? "If you are a man who cannot shut up and listen then yes. All men need to do is listen. When women tell them that the pain is unbearable it means the pain is unbearable. You do not need to experience the phenomenon it to believe her," added the doctor.